One of the coolest parts of having a blog with a dedicated audience, is that I get the opportunity to enjoy some amazing experiences so that I can then share it with you. Most recently, I was able to attend the Napa Valley Film Festival. I have never attended a film festival, so I was eager to soak it all up! Anything related to the arts is definitely my cup of tea. Film festival week has been one of the best few days since I’ve been in Napa.

While it was slightly more difficult to attend screenings and events during the day (because, childcare), I made it to as much as I could. 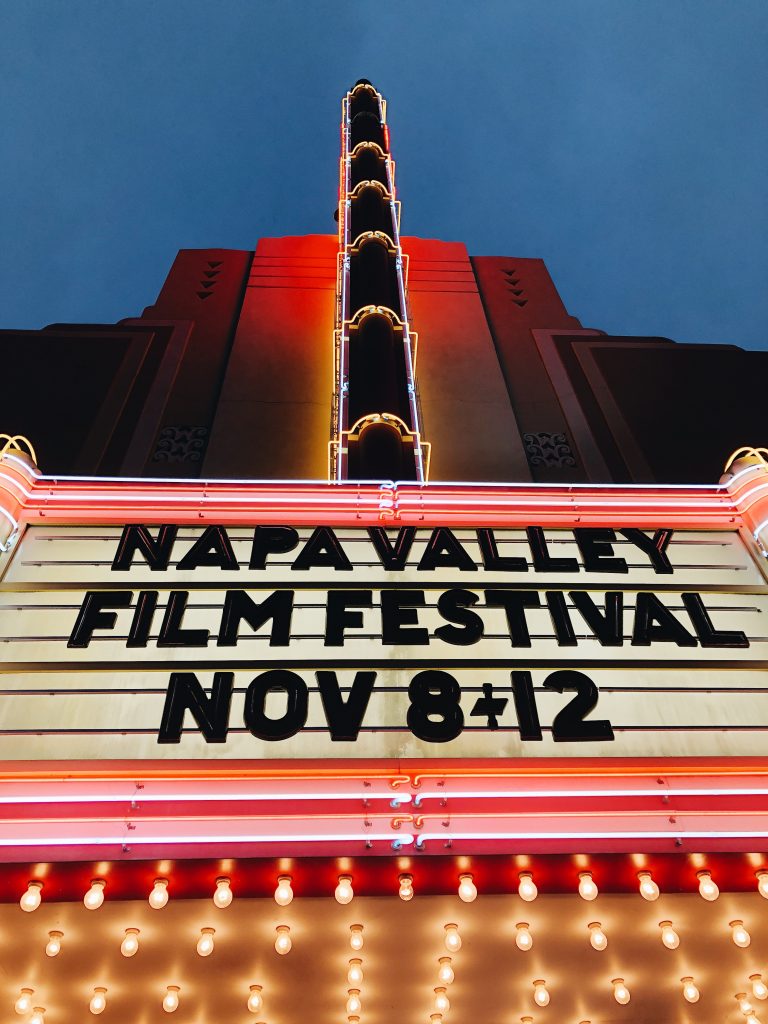 We started the evening at the screening of The Upside, starring Bryan Cranston, Kevin Hart and Nicole Kidman. It was the opening screening for the festival at The Uptown theater in downtown Napa. The movie was AMAZING and I can’t wait to see it again. It’s based on a true story about a quadriplegic man who finds an unlikely best friend in his (ex-con) caregiver. We went from tears to hysterical laughter repeatedly, which is the best kind of film. Tate Donovan was also in the film and read the intro from the director. I snagged a pic of him on the red carpet beforehand. 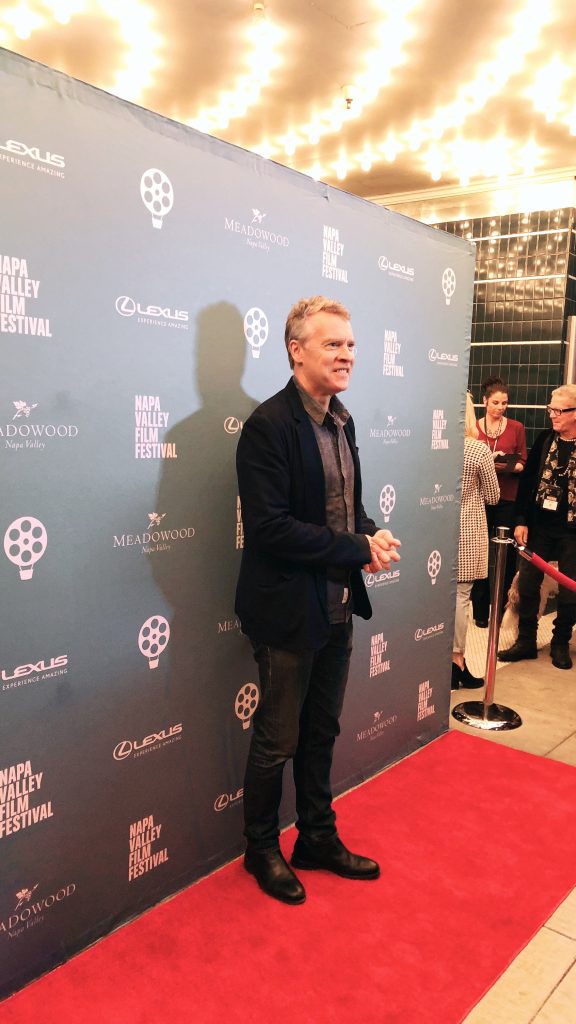 After the screening, we went to the caves at Italics Winegrowers for the opening night party. What a treat that was! The caves were kind of like a maze with another gourmet food station around every corner. There were wine stations as well, duh. Towards the end, guests started to partake in the “Silent Disco” area which was hella fun. I had never heard of such, but the lovely Melissa Ziegler (my date for most of the festival) introduced me. A few minutes into it, one of our fellow discoers looked familiar. Almost… like… Frodo. Yes. It was Elijah Wood! My first celeb sighting, check! Day one was a success. 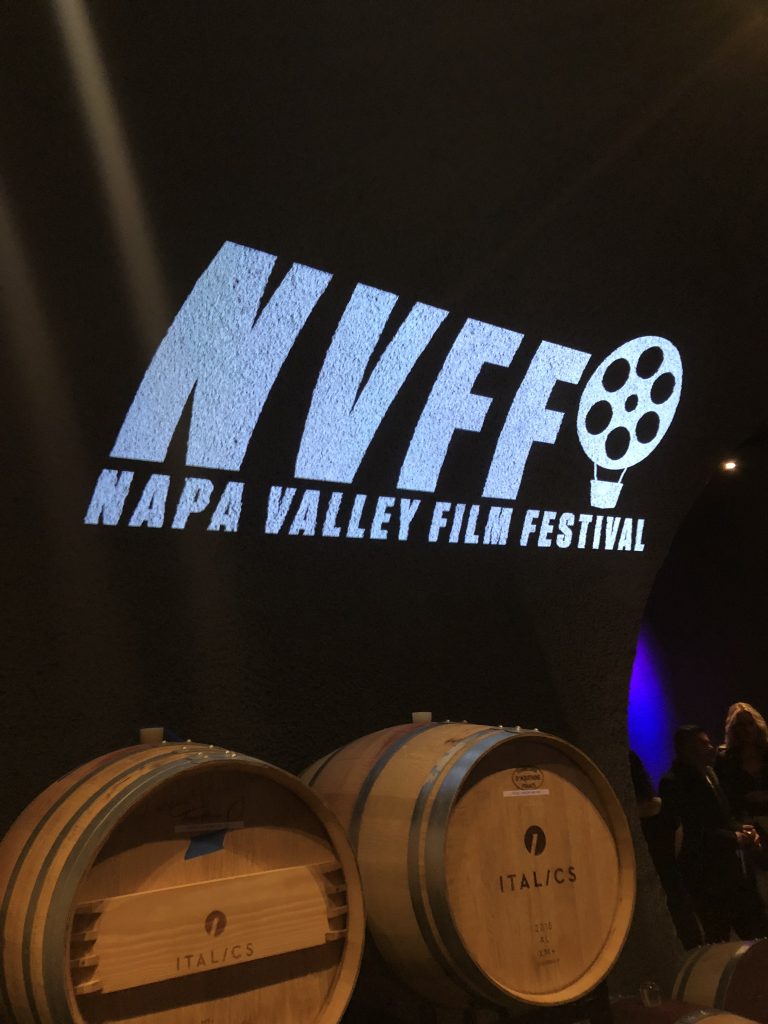 We attended Variety’s 10 To Taste event at CIA at Copia. Ten bay area chefs showed off their spin on dishes inspired by iconic film scenes. Invited chefs were those who focus on presenting pop-up style experiences, rather than establishing themselves in brick and mortar locations. A panel of celebrity chefs, filmmakers and actors sampled the dishes (along with all attending guests), and then “dish” about personal favorites, the latest culinary trends and the role of food in film. Food was paired with Stella Artois and select wines Vintage Wine Estates. Lincoln tagged along in the trusty Solly wrap and it was a fun time! 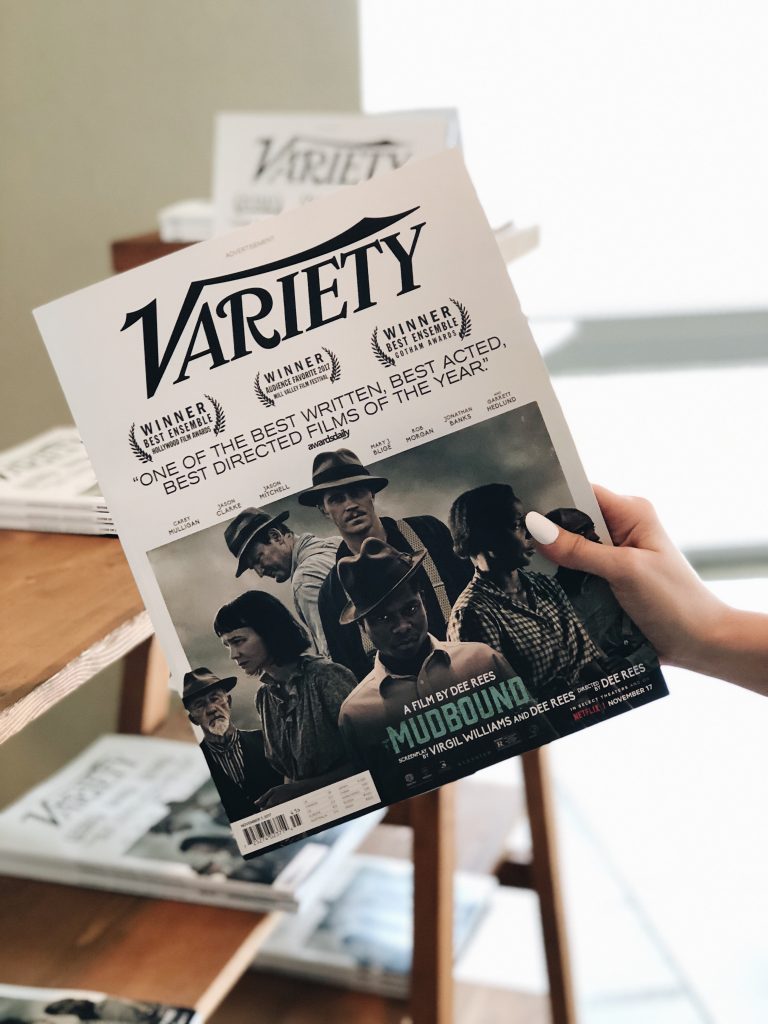 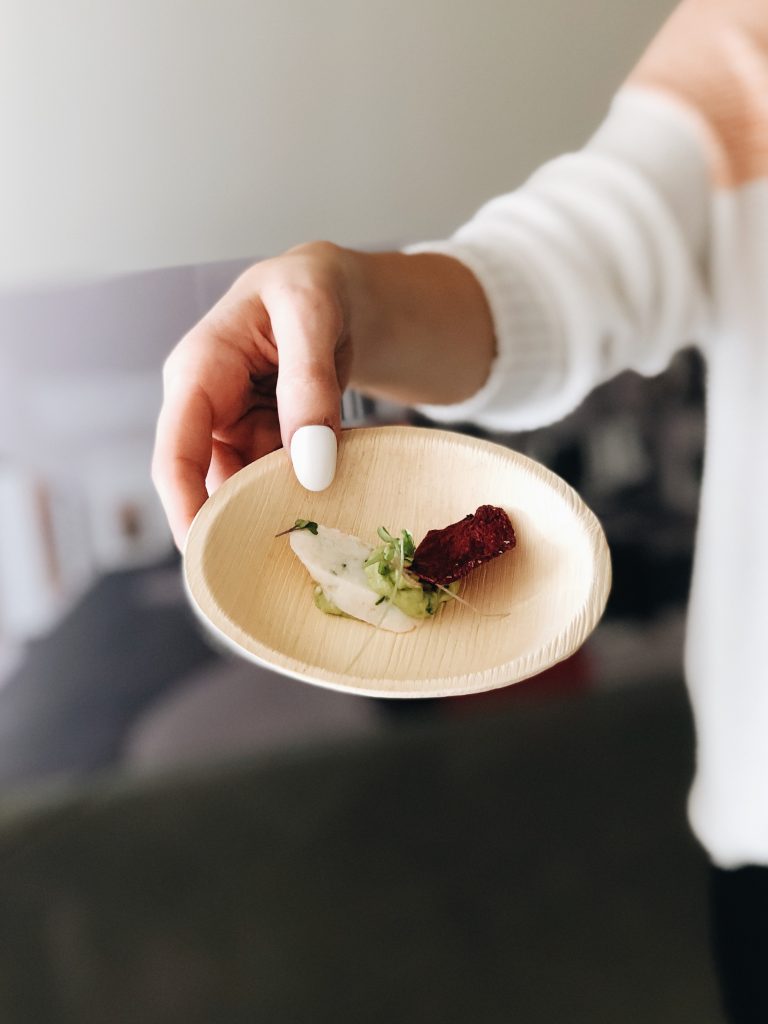 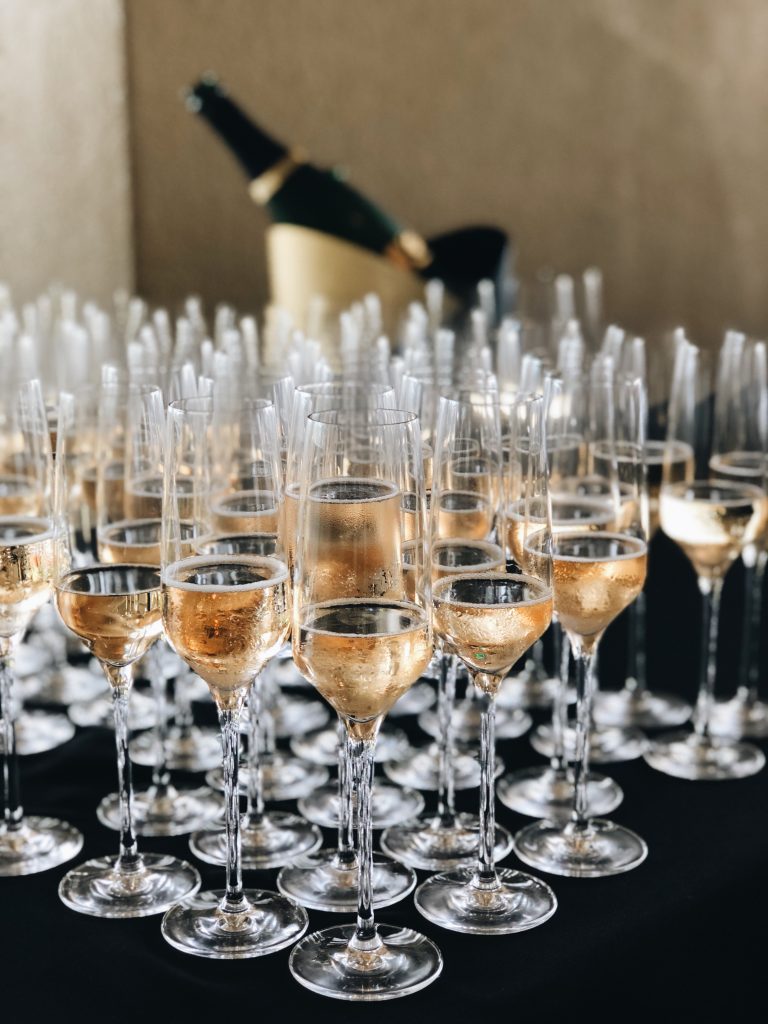 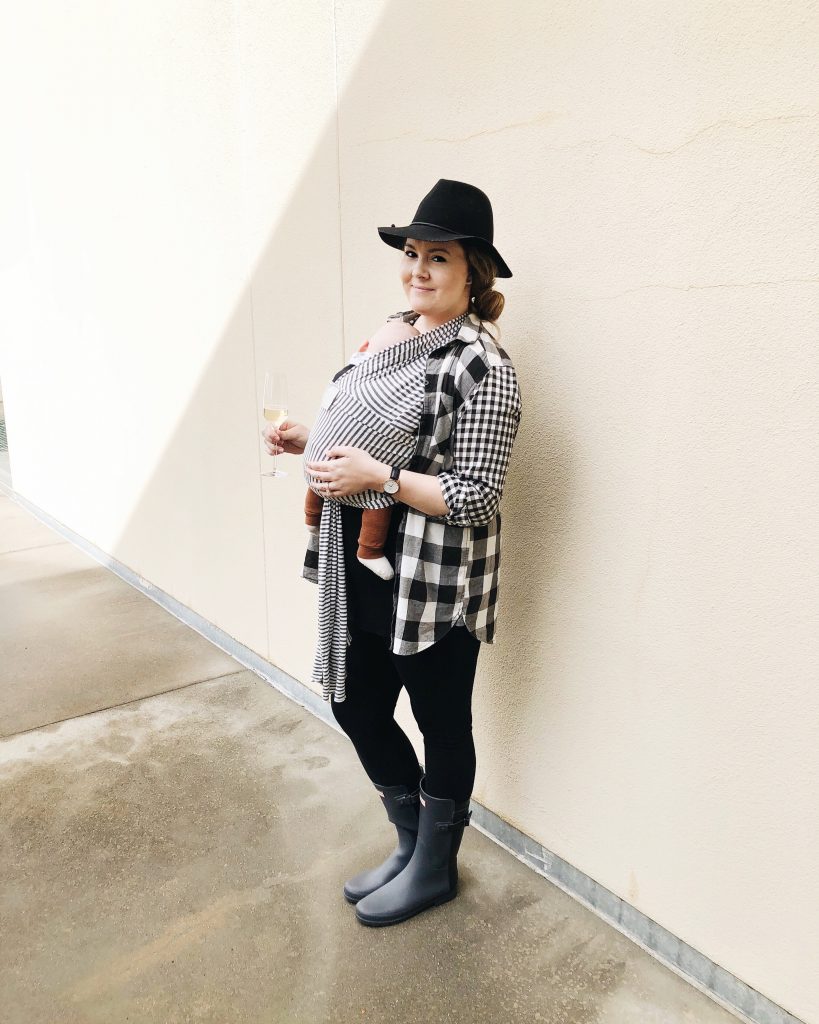 We are huge Will Ferrell fans, especially my husband, so I knew that the special celebrity tribute to Will would have to be on the agenda. We went to The Lincoln Theater in Yountville early enough to grab good seats and watch his interview and presentation of his “Maverick Award”. It’s hard to pick a highlight, but this was a big one. Being able to see a legend like him in person, speaking off the cuff, and seeing just how hilarious he naturally is was awe inspiring. Not only that, but I got MAD wife points. Immediately following his tribute, they showed a screening of Will’s favorite of his films: Stranger Than Fiction. 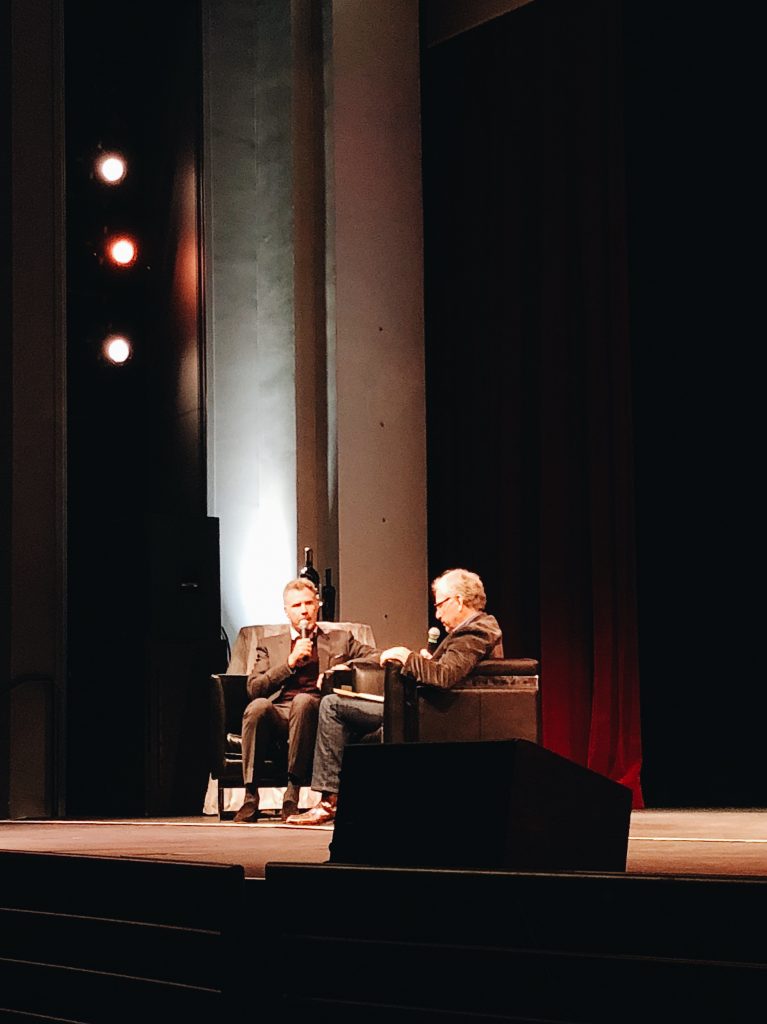 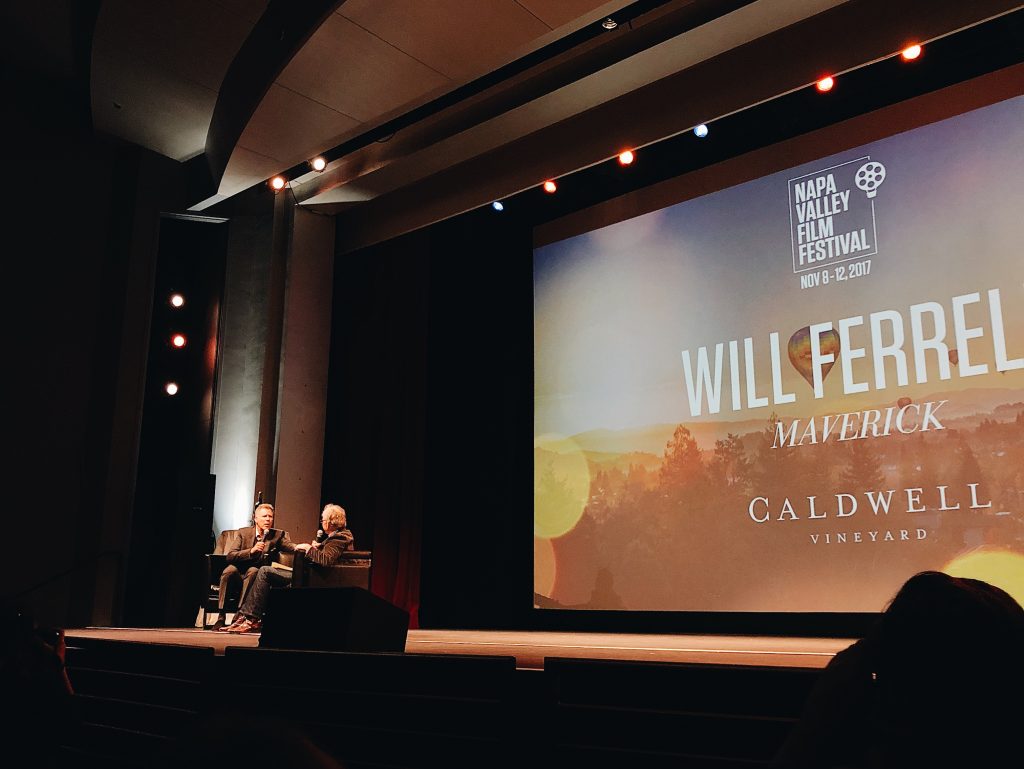 I dropped off Tyler and picked up Mallory (from Vine Living) for the Dio De Los Muertos themed After Party at the Emily Martin Design Showroom in St. Helena. What a literal trip. There were tarantulas, Hugh Hefner shrines, naked painted ladies, and Lucha Libre Wrestlers. They had a taco truck for bites and craft mexican cocktails at the bars. The decor was phenomenal and the entertainment was weird and beautiful. I don’t even know how to fully put this party into words, but it was for sure a highlight. I saw too many actors there to name, which was neat. 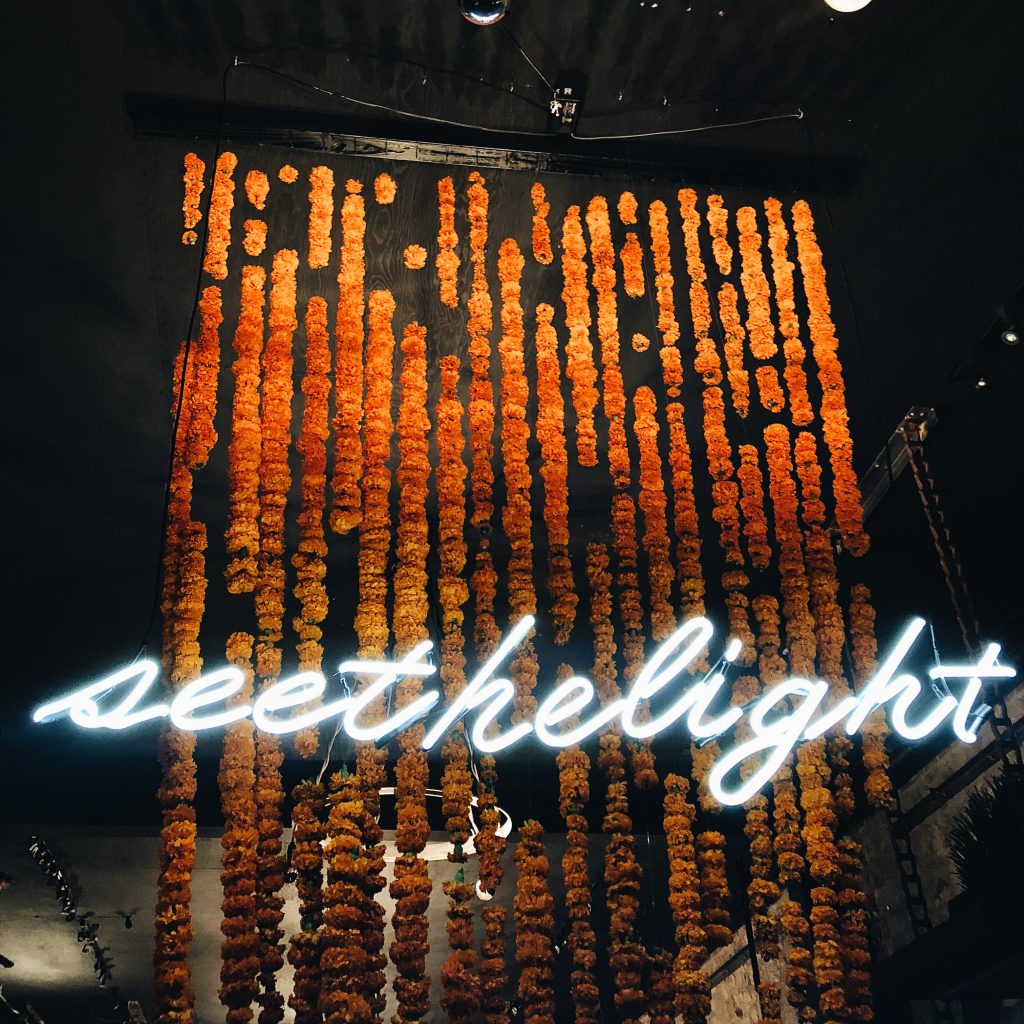 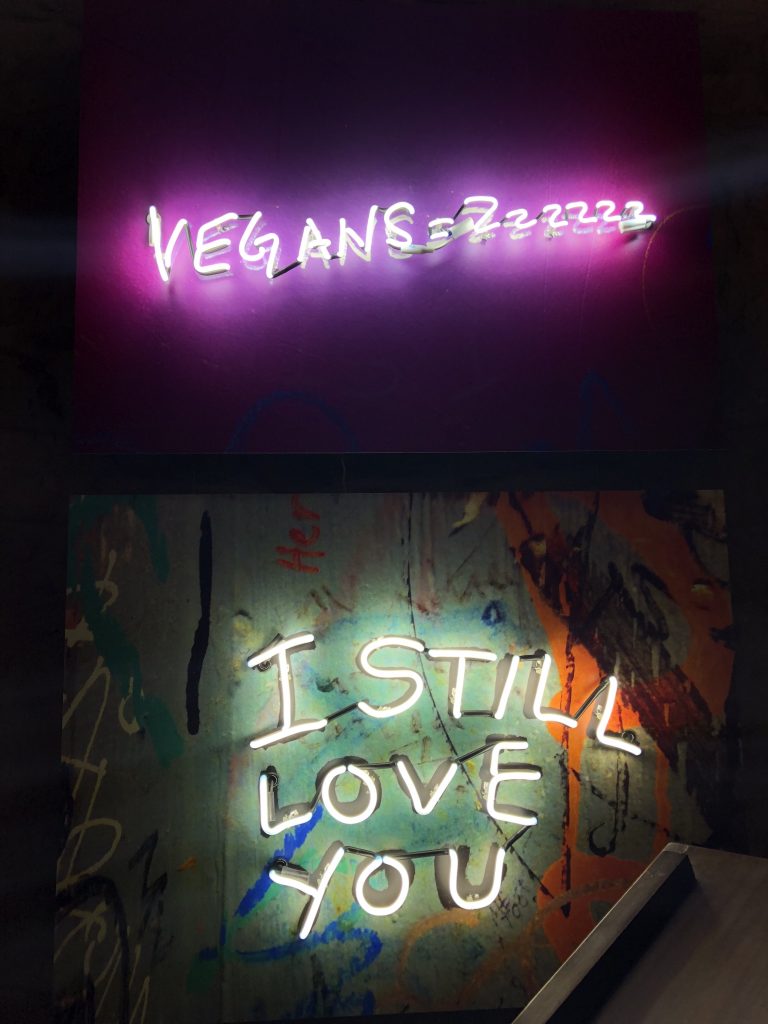 Saturday was the last day I could attend anything, so I rested up and saved myself for the Gala Saturday night. This was the event to be at. Throughout the week, we had met some new friends from various locations in the country and we would be meeting up with them that night, as well. As guests at a formal-ish event, we wanted to look our very best. We visited Whirlwind Blow Dry Bar downtown for blowouts and they slayed, as usual. I have gone there a few times for blow dries and I am always happy. I will take a blow dry over any other service like a pedicure ANY DAY. (I would rather just never have to wash and dry my own hair, thanks.) 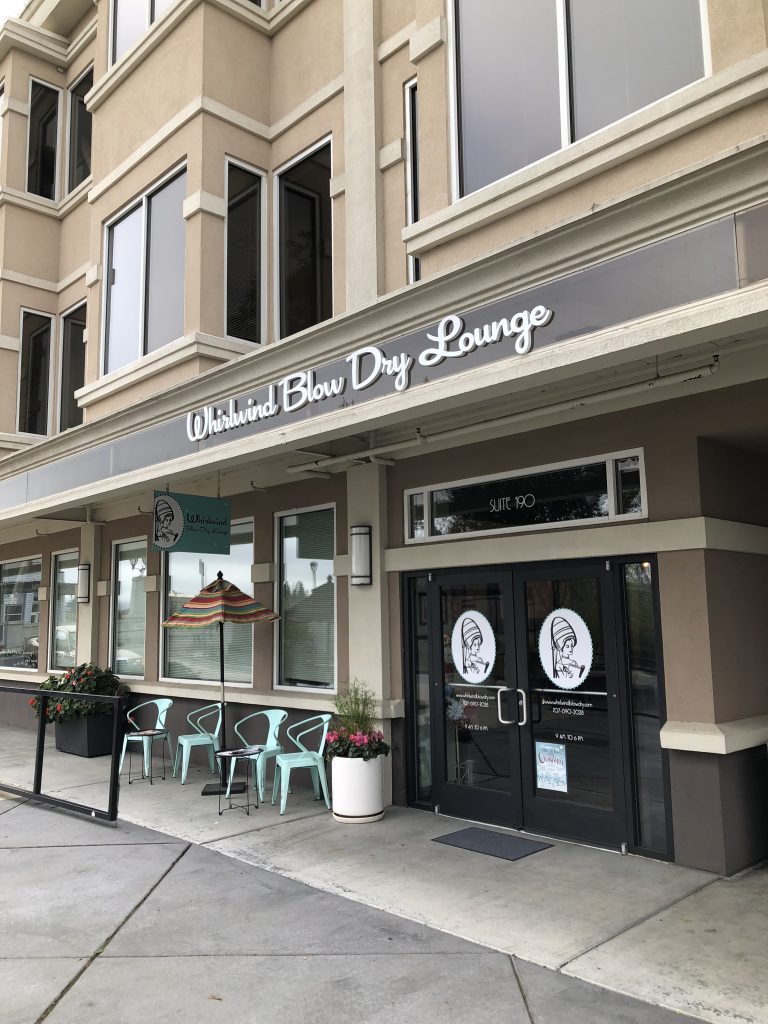 After that, Rachel Lusk came over to Melissa’s and did our makeup. I felt like some kind of uber important celebrity that had a personal makeup artist. I opted to go FULL GLAM for the night and was psyched about the results. 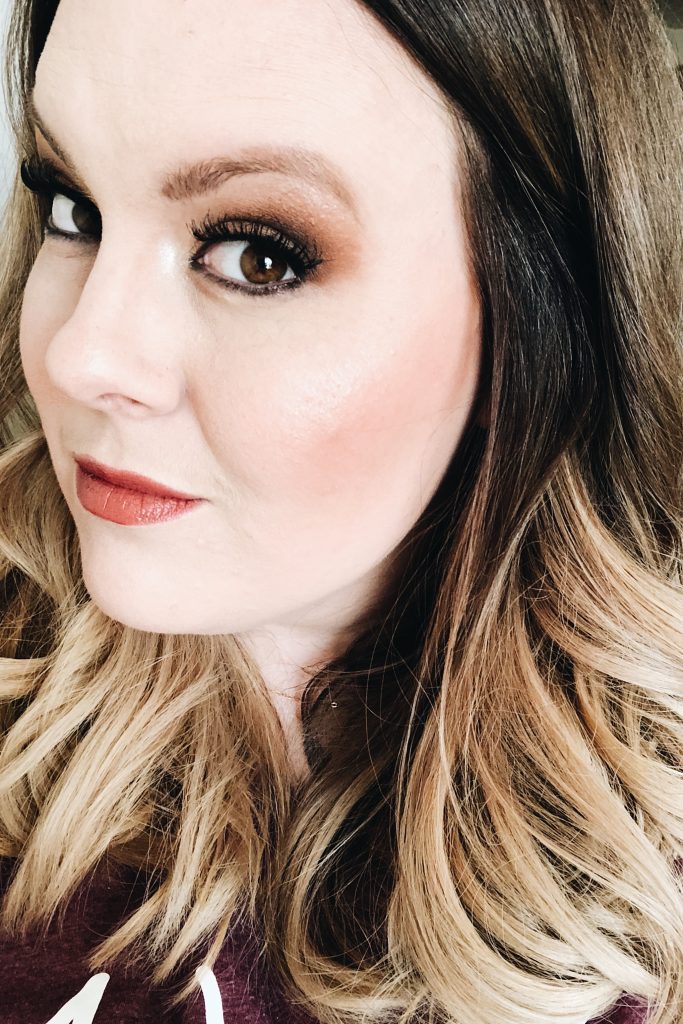 (Why don’t I rock falsies more often?!) I threw on my navy jumpsuit and added a black faux fur shrug. I called it the Jon Snow look.

We were greeted at the event with bubbles. There were delicious bites from local restaurants all over and equally as many wine and cocktail stations. A live band played great music, complete with flapper dancers. We had the most fun mingling, eating, and drinking to our heart’s content. We met more cool people, and then sadly told them all goodbye (until next year, hopefully). 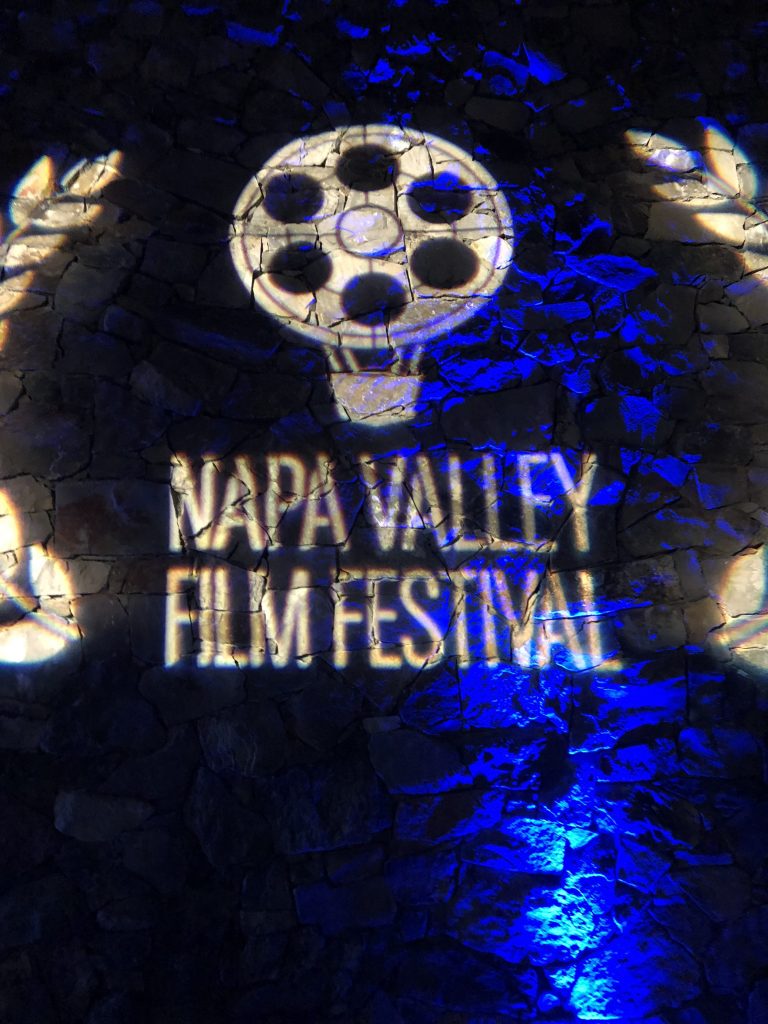 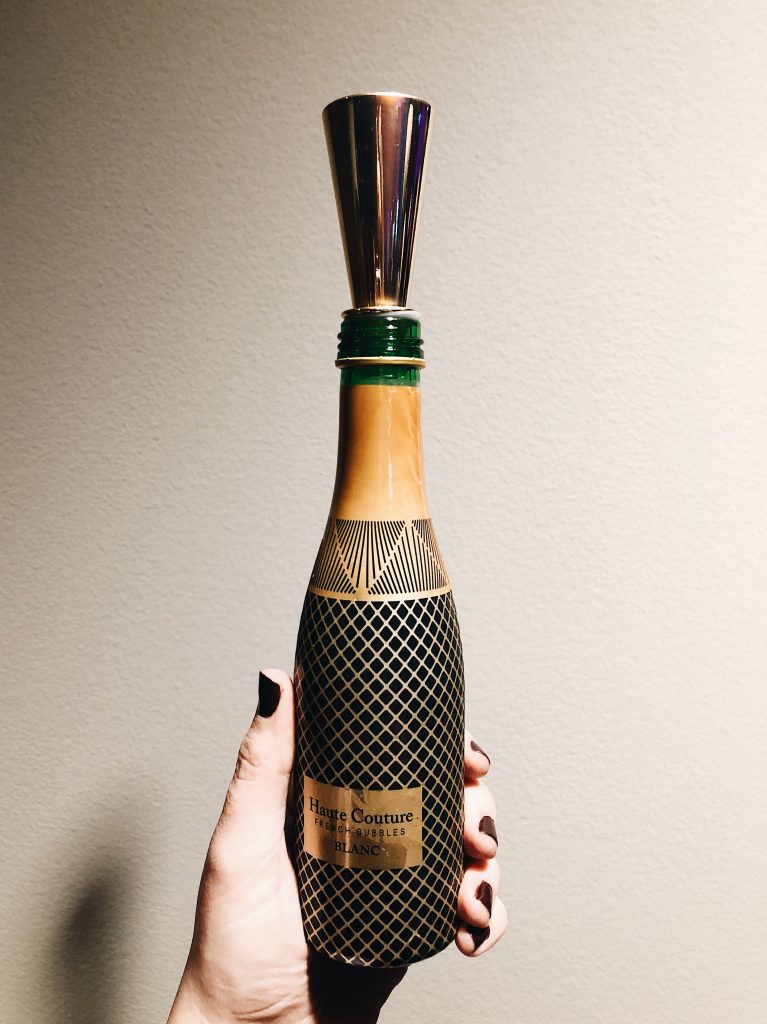 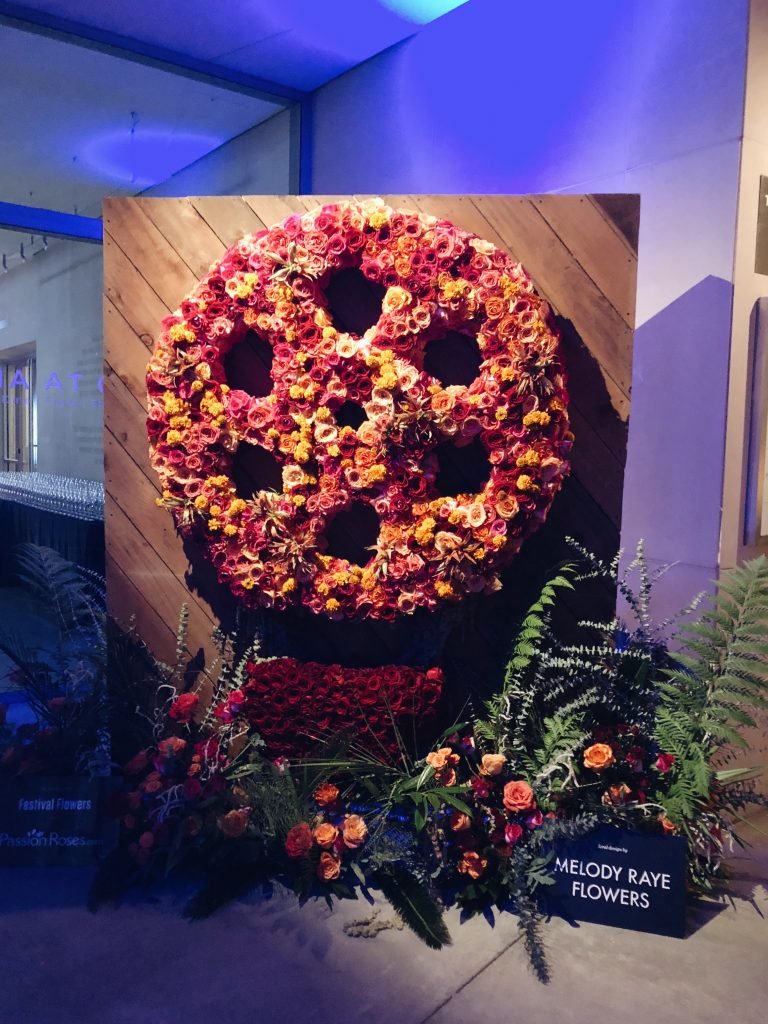 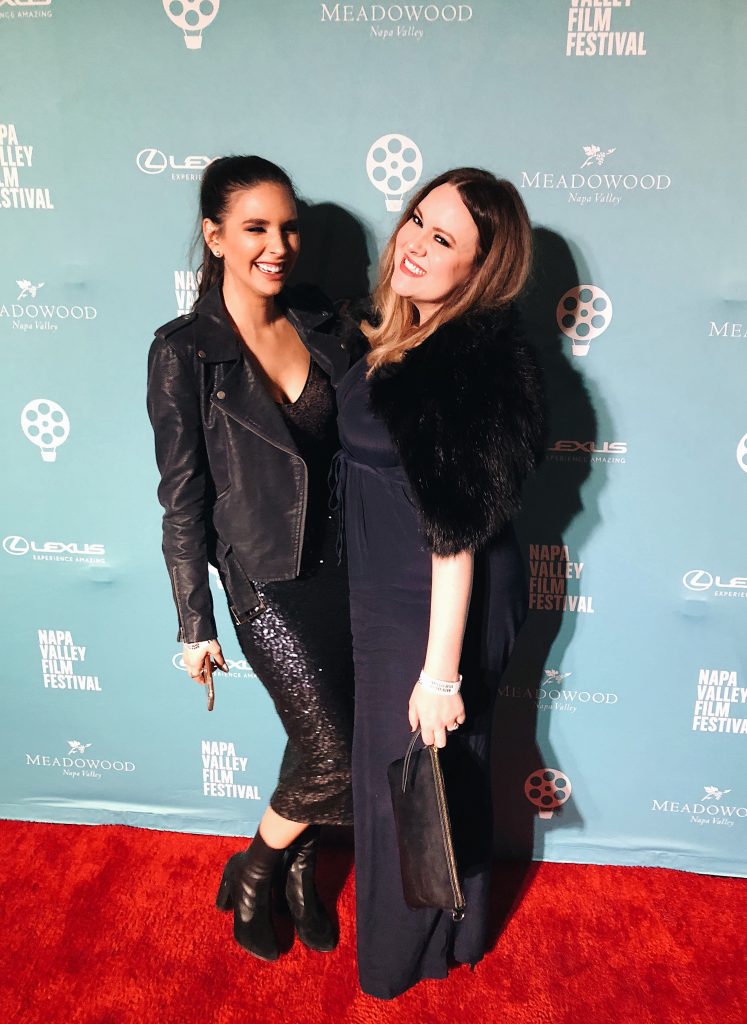 The week was so fun and so inspiring. If attending a film festival is on your bucket list, you should consider NVFF. There is no better place to enjoy the best weather, the best food, the best wine, and the best films all at once. I will never forget my experience. 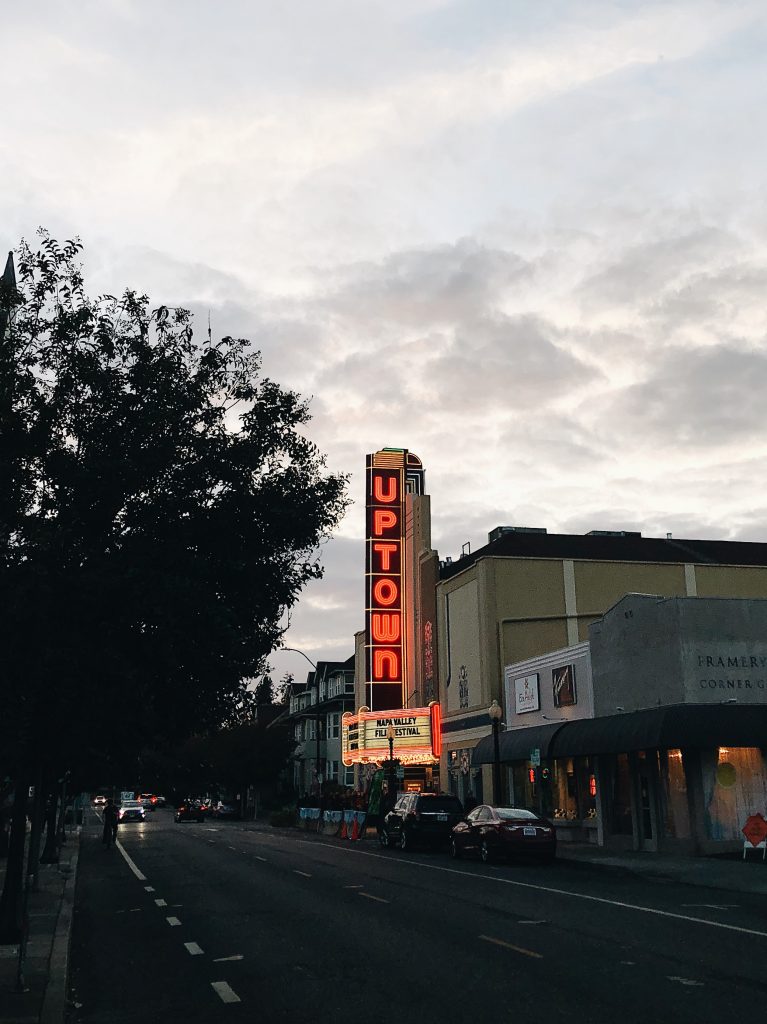 I was selected for this opportunity as a member of CLEVER and the
content and opinions expressed here are all my own. 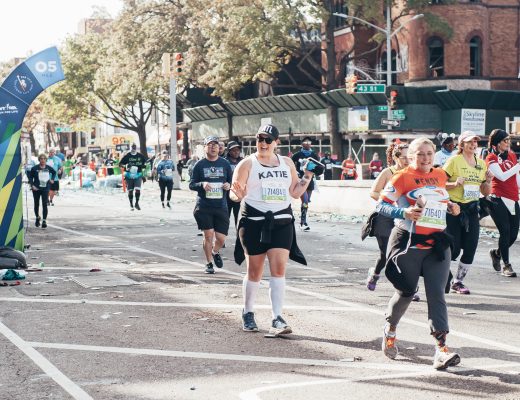 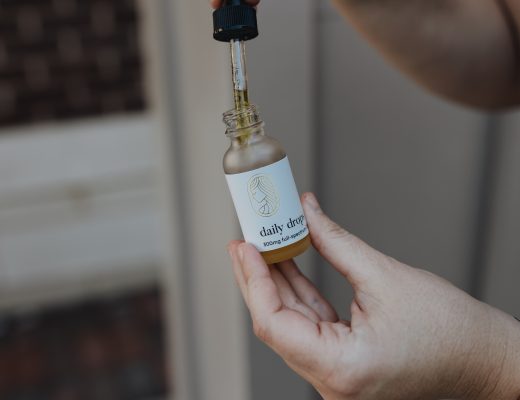 Everything You’ve Ever Wanted To Know About CBD 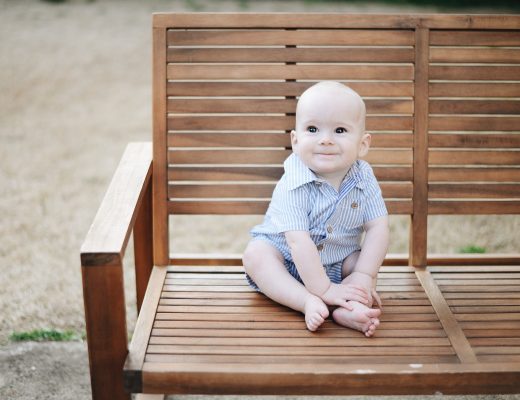 The Last First Time: An Ode To The Third Baby