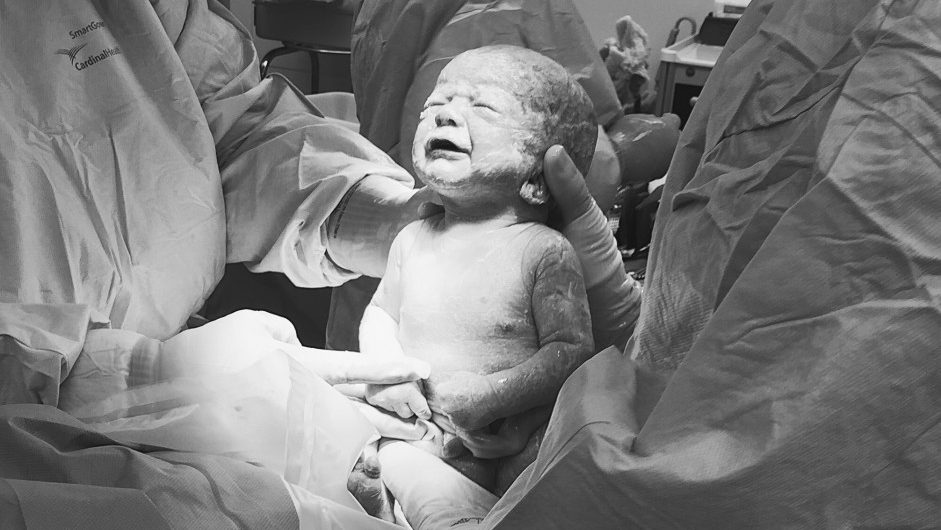 I used to tell my Doula clients to write their birth stories as soon as possible while it was fresh in their minds. Two weeks later, I’m taking that advice and diving right in to the birth story of the tiniest Crenshaw.

I hadn’t had a chance to update after my 36 week appointment, but the news we took home from that was that Lincoln was probably going to be a big boy. My fundal height was measuring 41 weeks at that time (WHOA). That week I was still contemplating my anticipated VBAC and wondering when he would arrive and how big this baby would be.

At the end of an active Sunday, the 16th, I found myself contracting fairly often. Not enough to time them, but enough to know I probably overdid it that day. They weren’t painful, just uncomfortable. I went to bed fairly early to try and rest them off. I woke up several times in the night from painful contractions, but just kept trying to go back to sleep. Finally, at 4 am, I got up. I decided to download the contraction timer app and see if they were as regular as they felt. After all, I have never had contractions I couldn’t sleep through.

I ran a bath to try and relax. No dice. Per my app, they were coming every 3 minutes and lasting a minute. They weren’t spacing out or getting any weaker.

It was still dark, the whole house was asleep, and Tyler would need to go to work soon if he was going. I decided that these contractions were just a little too frequent and uncomfortable for me to ignore, so I tapped Tyler’s shoulder in the dark and told him I was going to drive myself to the hospital to be monitored. I thought at the most I might need some fluids and to be checked to rule out labor. I called ahead to Labor & Delivery and told them I was on my way. The hospital is 20 minutes away with no traffic.

I showed up and was promptly admitted to triage. I wasn’t on the monitor long before it was clear that I was, in fact, contracting every 2-3 minutes (and they didn’t slow down after a fluid bolus). My initial cervical exam showed some dilation and they would later do a second exam that confirmed progression. 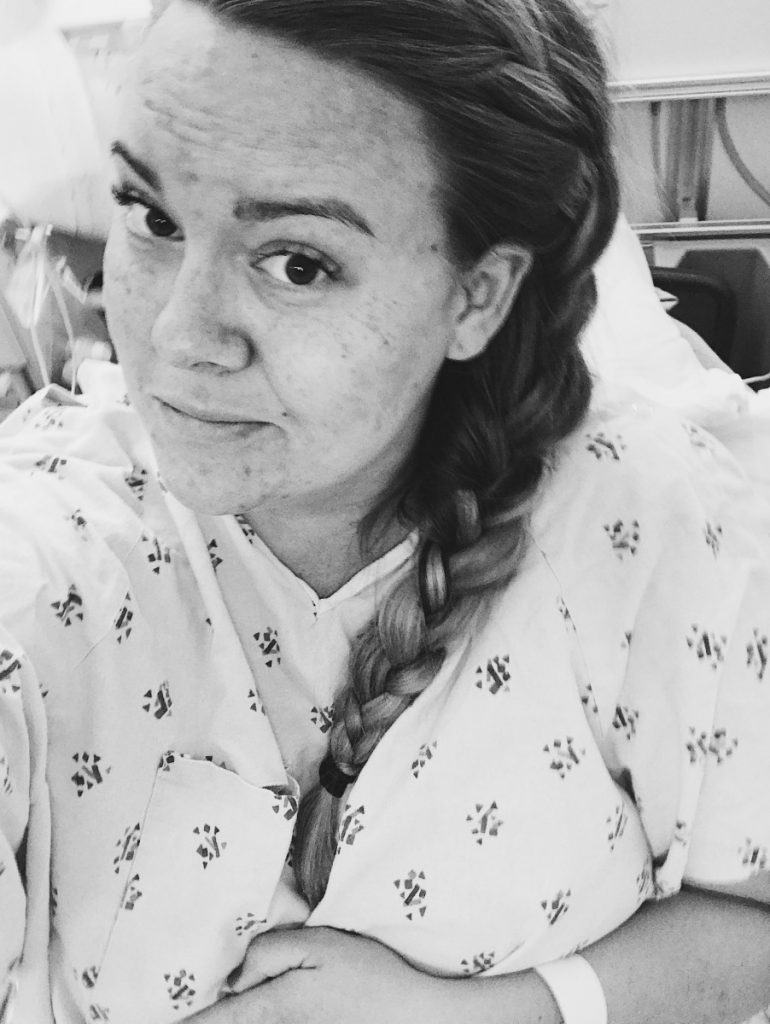 Yep, it was real labor. Nope, did not see that coming.

All of a sudden there was buzzing around and chatter about opening an O.R., talk of a 36 weeker going back for a C-Section, and before I knew it, I was handed consents and a hair net for the O.R. My head was spinning everything was moving so fast. Two OBs came and sat with me and told me that it was still my choice to VBAC, but that they highly recommended against it, based on a few risk factors including a “window” in my uterus that was noted during my last C-Section. (This basically means my uterus had started the process that risks rupture during my last birth, and rupture is the primary concern when attempting a VBAC.)

I took their advice and signed the consents for a C-Section.

During this time, I had an almost dead cell phone and no service. I had mediocre wifi at best. I was iMessaging and Facebooking everyone I could think of to try and get a hold of Tyler. Keep in mind I did not expect that this was real labor and I never thought I would be having a baby that day. I had no bag packed, dirty hair, and a dead phone. I finally reached friends who could relieve Tyler, stay with the kids, and pack me a bag. The staff told me we would roll back as soon as Tyler got there.

I walked back to the O.R. with rattled nerves. I am terrified of surgery and all things health related give me super anxiety. Not to mention the fact that I knew I was about to deliver a preemie and I had no idea what that would  Luckily, I had an awesome OB, AMAZING nurses and an even more amazing Anesthesiologist who saw my anxieties and knew exactly how to handle it. Dr. Frey, the Anesthesiologist never took her hands off of me and never left my side. She coached me through deep breathing, grounding, and positive self talk. She stroked my hair and face and made me feel calm. I don’t know what I would have done without her!

She asked what kind of music I wanted to listen to. I said I didn’t care as long as it was happy and relaxing. She turned on classical and it reminded me of a horror movie soundtrack, so I changed my mind. A nurse made a joke that we should turn on some Tom Petty. I laughed and said “Actually, let’s do it. Petty is Tyler’s favorite of all time.” I mean, it was clearly meant to be. And with that, Tom Petty came on, the mood lightened and we were ready to go!

I get so anxious in a surgery setting, probably because I know too much with my background. I was asking all kinds of crazy medical hypochondriac questions in rapid fire. I warned them that my anxiety would be insane and it was! The team (and Tom Petty) kept me smiling and calm. I feel like everything moved so fast from beginning to end.

All of a sudden, Tyler was by my side.

“Are you ready? He will be out very soon! We are going to lower the drape for you, now…” 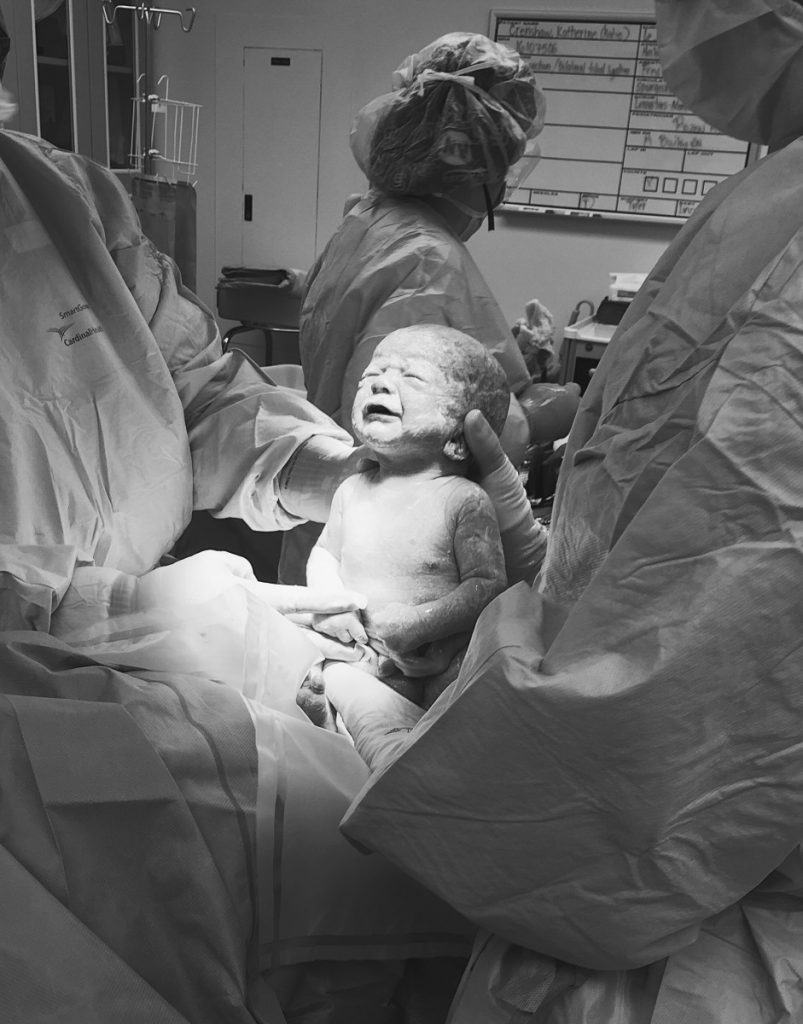 And with that, my third and last baby was brought earthside and I got to watch it happen.

“Is he ok? Someone tell me if he’s ok?” (I was still so worried about his gestational age!) 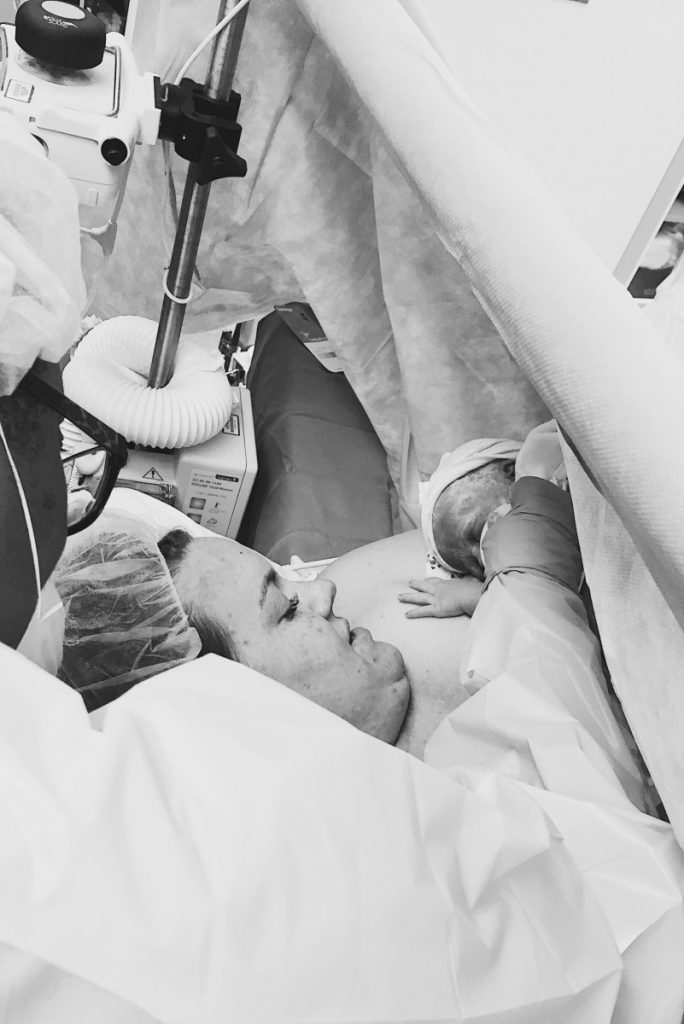 Tyler brought Lincoln over to me. Lincoln was calm, but Tyler had the familiar tears I had seen at Charlie’s birth and Grayson’s adoption. He gave him to me for skin-to-skin and I held him and studied his darling face. After a couple of minutes, it was clear that he was struggling a little to get a full breath, so the nursery nurses whisked him away for more evaluation. His Papa followed. 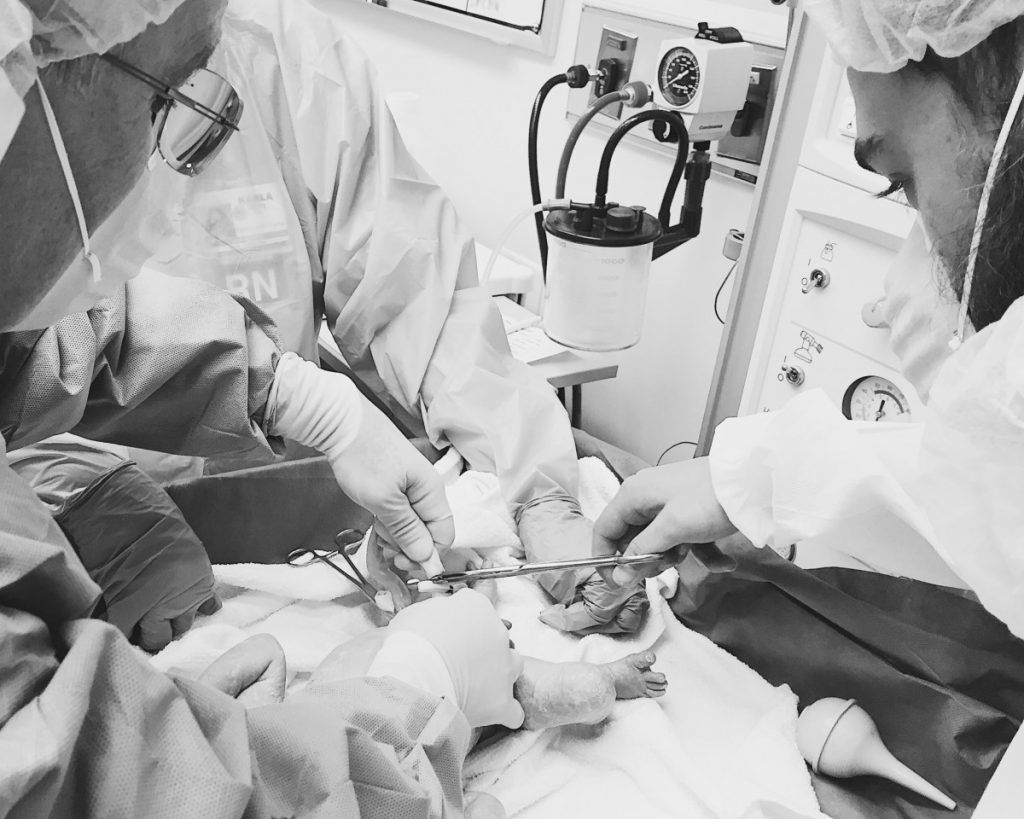 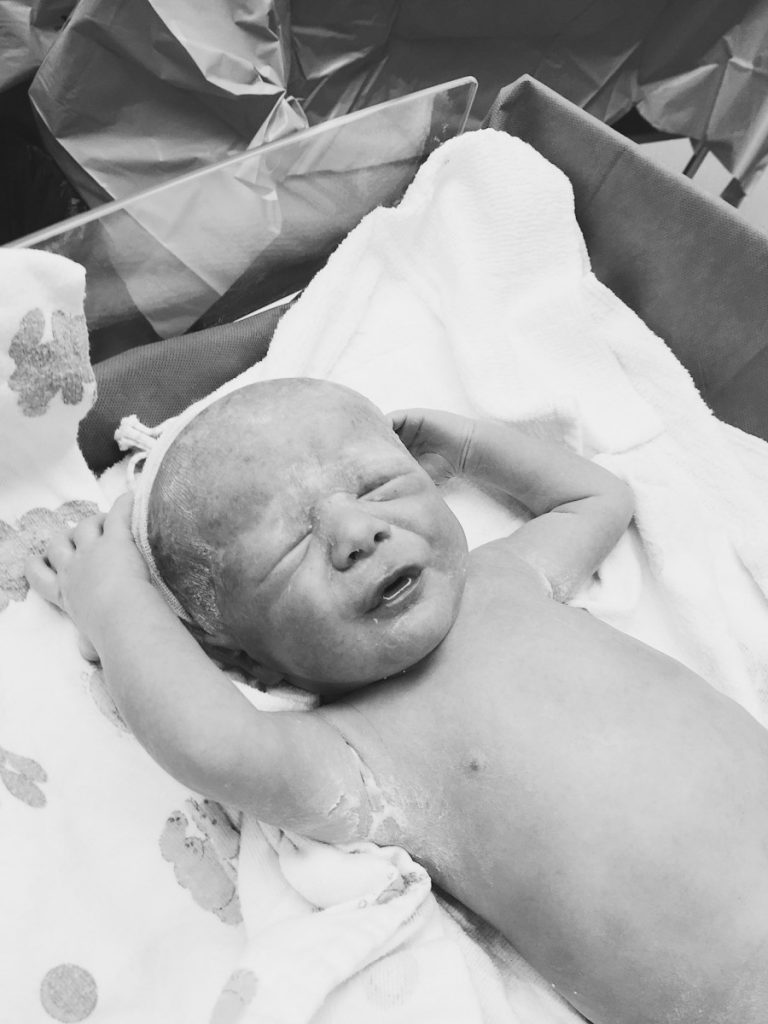 After delivery, my OB told me that he could see the baby through my uterine wall and was able to separate my old incision by barely touching it with his finger. This confirmed that a VBAC could have been disastrous for me. (Note: this is just MY experience, I am still very pro VBAC and feel that usually they are not risky.) At that moment I felt at peace with having had three C-Sections.

They finished my tubal and closed me up and gave me something to calm me down a little. I was feeling quite rattled and nervous. I immediately calmed down and was soon taken to recovery. Sometime soon after, they brought Lincoln to me again to try skin-to-skin again, but he was still “singing”. It’s somewhat common for preemies (especially born via C-Section) to have trouble filling their lung capacity with air. His nostrils were flaring and his chest was retracting so it was clear he needed some more help.

Back to the nursery he went. 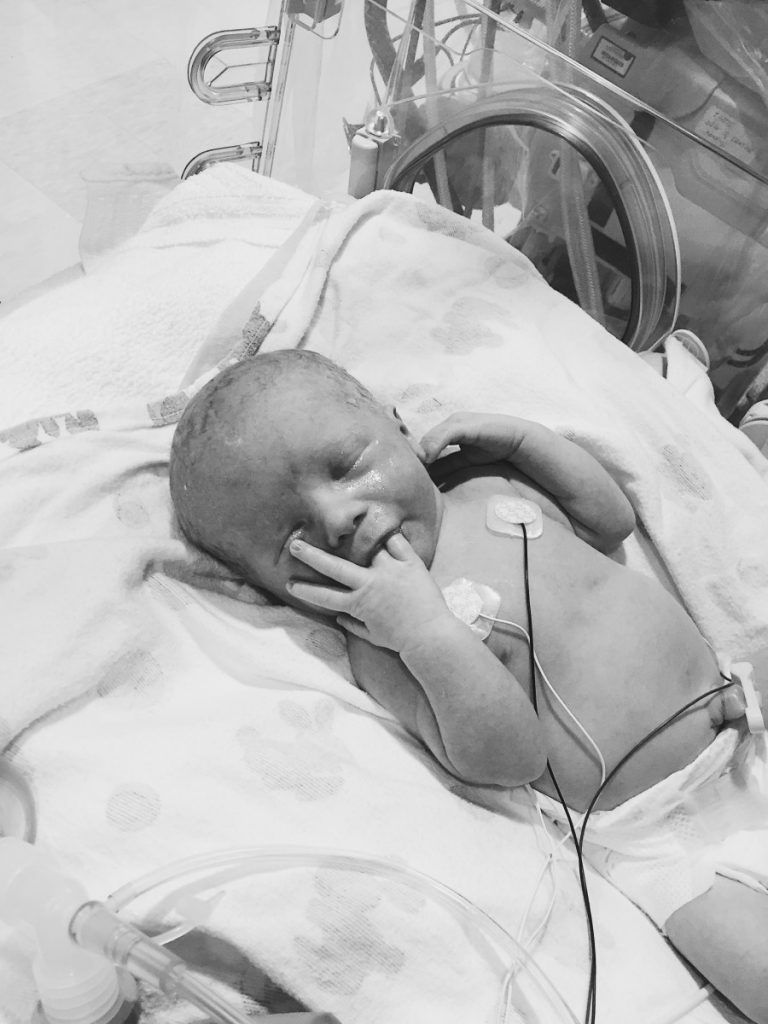 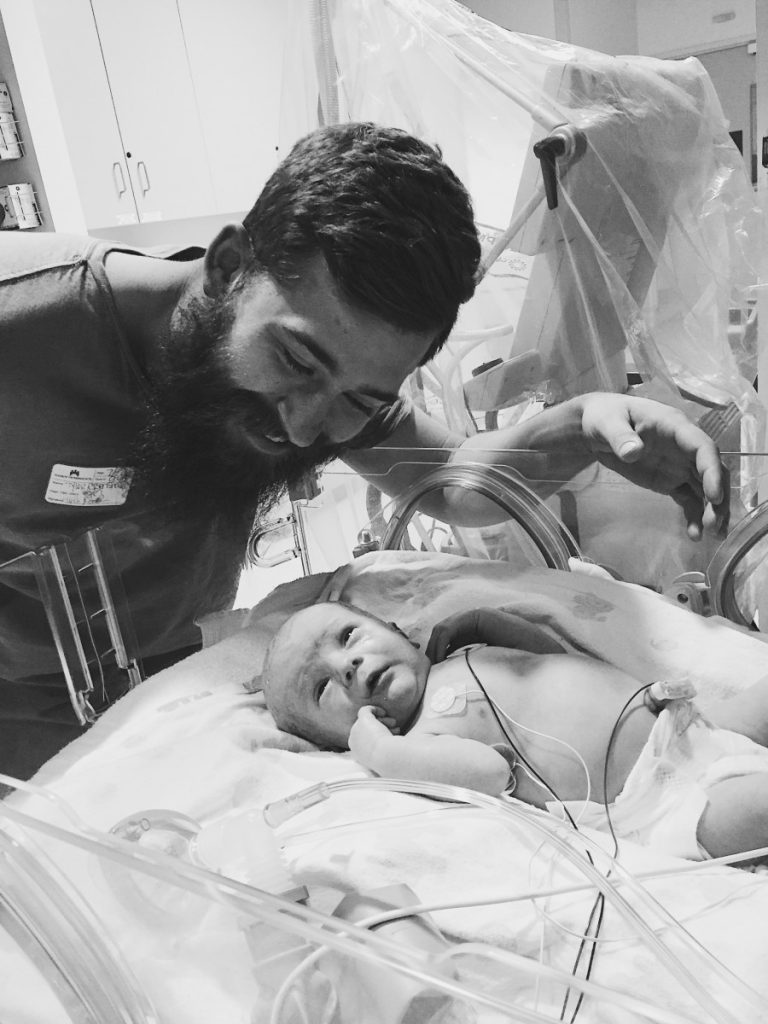 They decided to go ahead and give him a CPAP to help him breathe easier. This meant no feeding by mouth until it was discontinued. He was on IV nutrients during that time and I was pumping and hoping for the best. 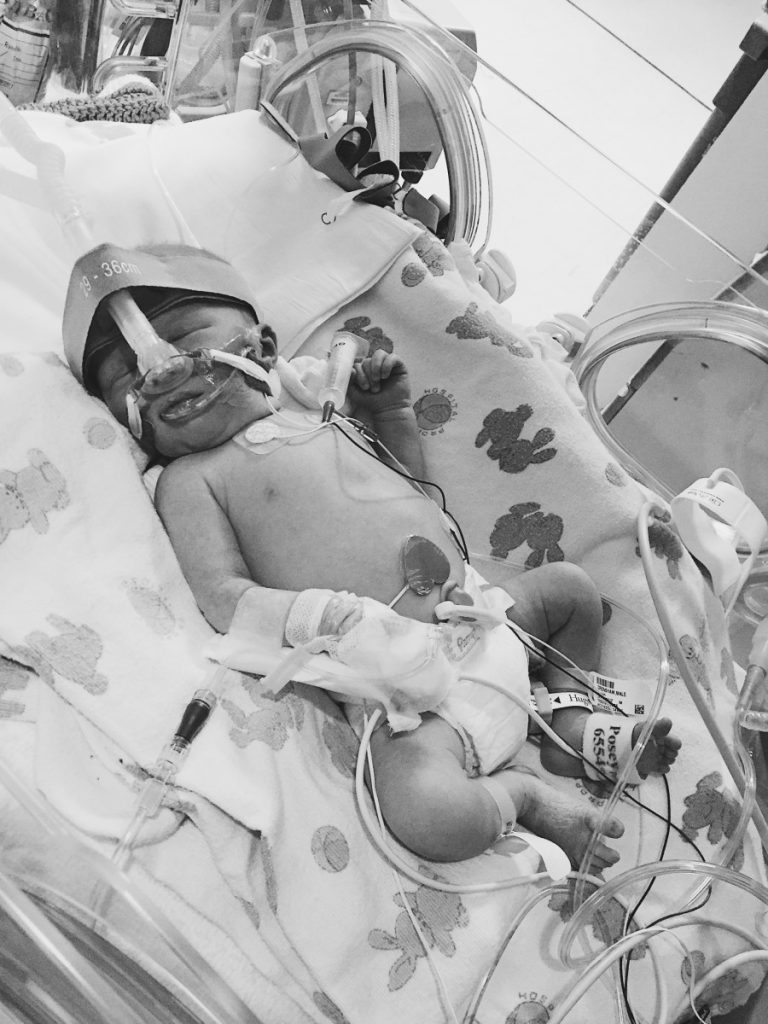 Twelve hours later, he was able to come off the CPAP and the next day he was weaned off the IV. I was able to nurse him and the nursery helped supplement with pumped milk and he did great. He continued to improve and was able to be discharged with me only 48 hours after his birth. It was truly amazing. 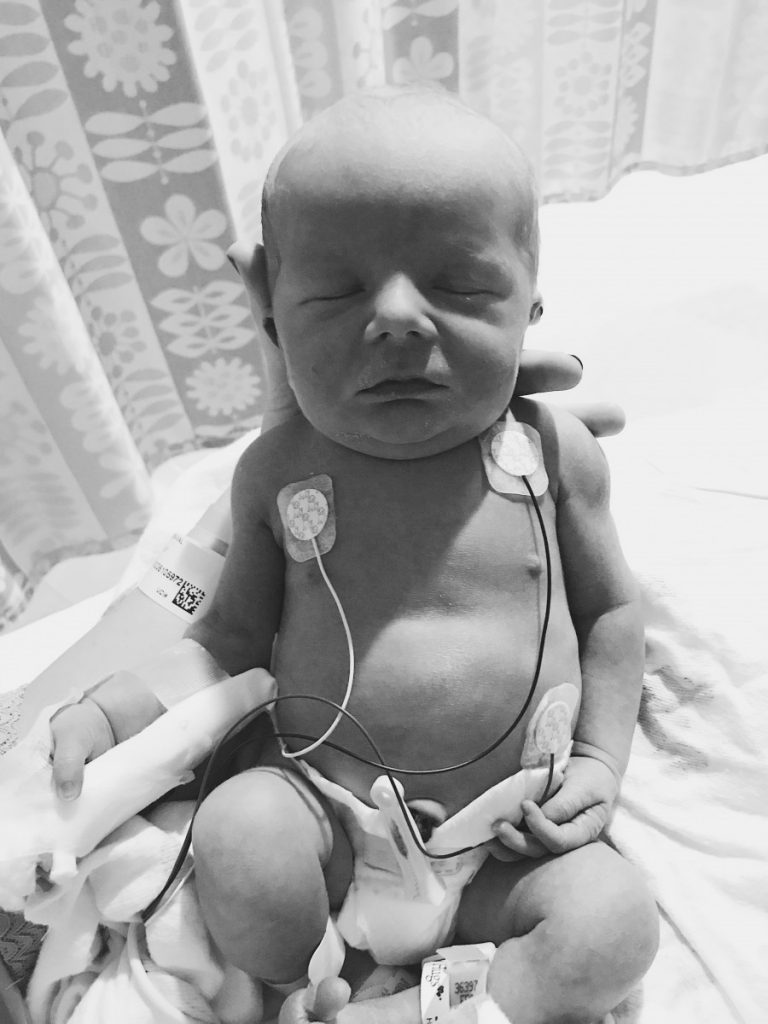 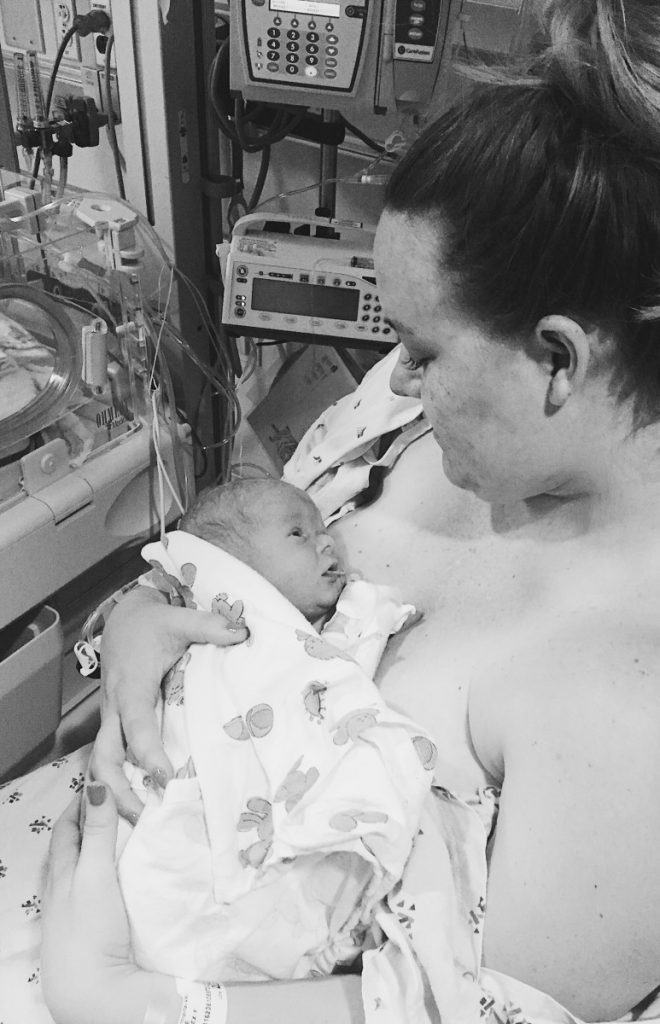 I didn’t get a VBAC. I didn’t get immediate bonding time. I spent most of my hospital stay away from him while he was in the NICU getting “fixed up”. But. I loved his birth, I loved the hospital and staff, and I feel truly grateful for the experience. Lincoln is perfect and he completed our family. I’m enamored with him and have been since the moment I saw him. It feels surreal that this was my last birth, that these are my last days with a newborn, and that this is the last little Crenshaw to come home with us. In a word, it’s bittersweet. At the same time, it feels totally right. 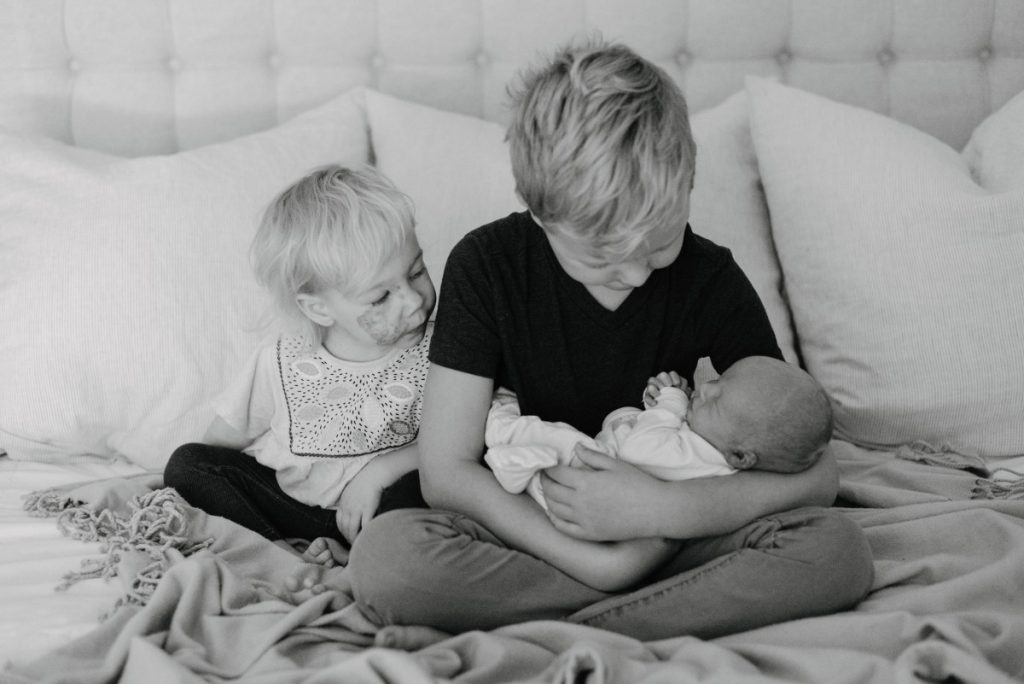 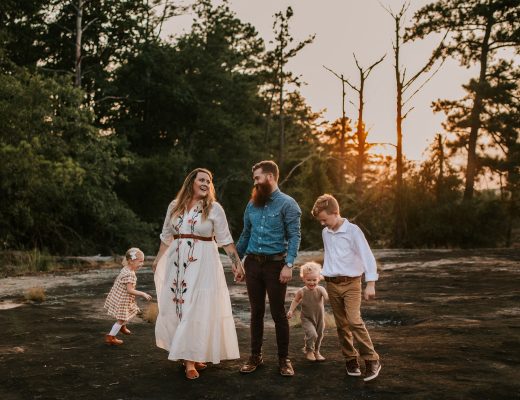 Adulting 101: How To Protect Your Family’s Home With A Term Life Policy 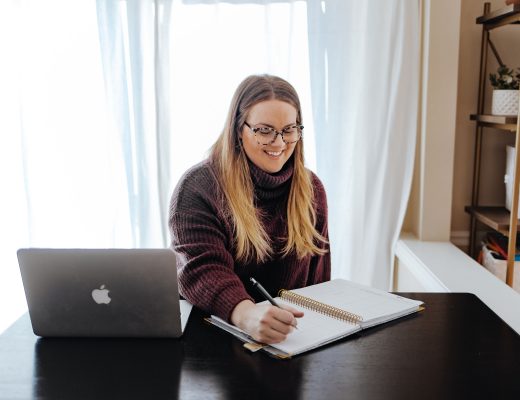 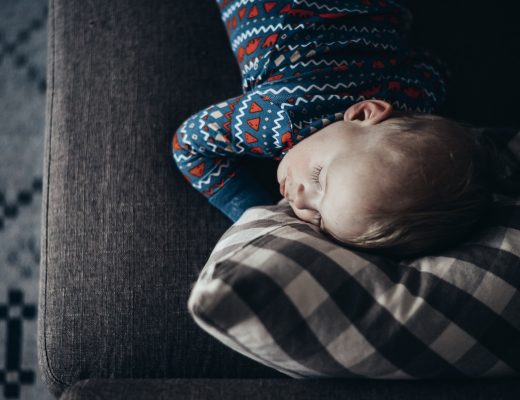