Learn How To Ditch The Mom Guilt (From A Mediocre Mom)

When expecting my first child, I got a lot of advice. Expectant moms are basically flashing red targets for advice, both welcomed and unsolicited. Other, more seasoned mothers have all the tips for sleep training, feeding, and discipline- always accompanied by their own personal anecdotes. The nuggets of wisdom are usually wrapped up in a neat little package of smiles and hope. Naturally, people want to be encouraging and positive. Who wants to put any focus on the rough parts? 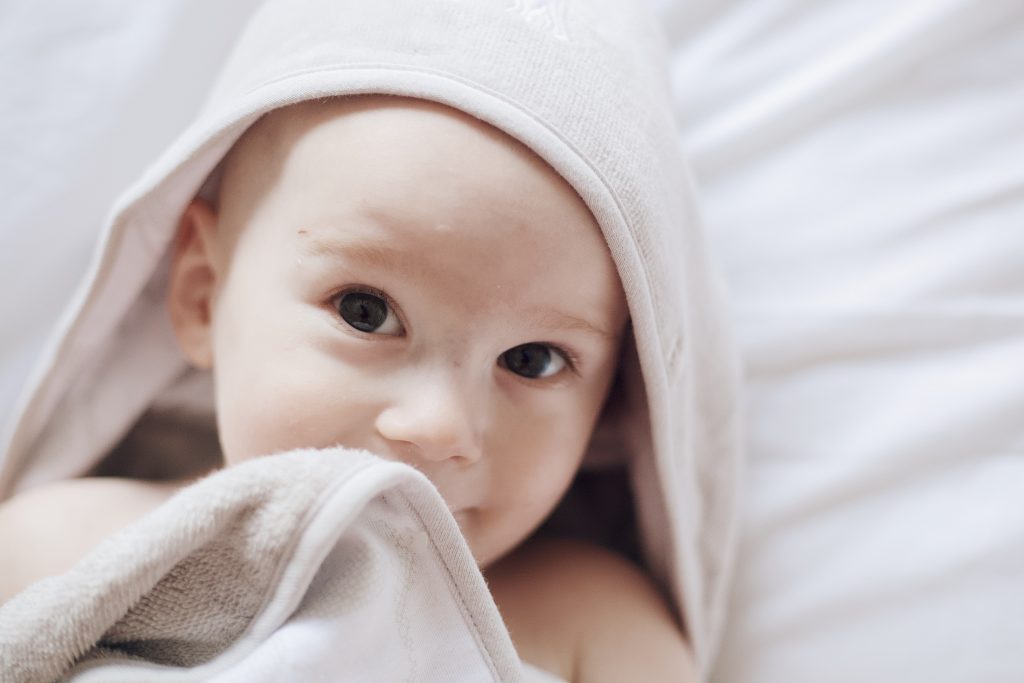 My years as an anxious information sponge became part of the inspiration behind the birth of this blog. I felt a lack of unbridled, uncensored stories of motherhood. While so much of motherhood IS beautiful and fulfilling, there are parts that are much less glamorous. I became passionate about telling those stories, too. The only thing worse than than not knowing what to do in a situation, is when the situation itself is a foreign, unexpected sucker punch.

What was the biggest thing that blindsided me about motherhood?

Mom guilt is not a unique concept. You may hear it come up in conversation, usually in a lighthearted sense. But. It’s a thing. It’s a real, heavy, nasty, heart wrenching liar and can suck all the joy out of parenting if you let it. 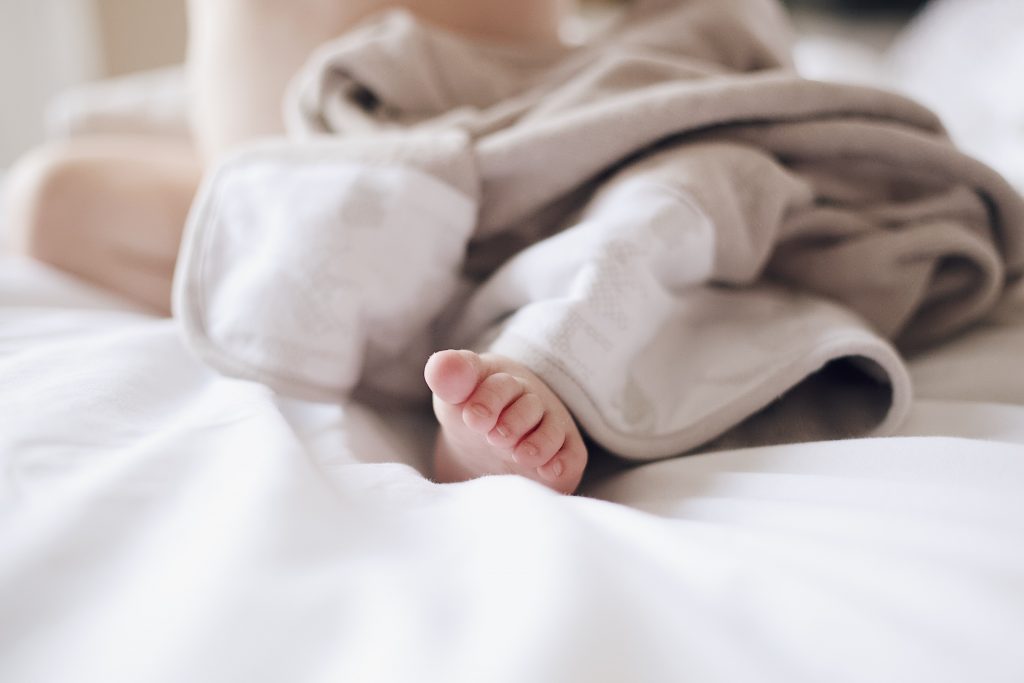 When my kids go to bed at night and the house is still, it’s tempting to replay the day and doubt every move I made. Did Charlie have too much screen time? Did Lincoln eat enough whole foods? Did Grayson get enough attention? Did I yell too much? Will a small decision I made today affect them in adulthood? Did I put my phone down enough and engage with them? Will they complain about me to their therapists one day? ….. and spiral… and spiral… and spiral. Mom guilt is a trap that feels hopeless and agonizing. It takes a lot of thought control and practice, but it is not impossible to escape. I have a few mantras that help me, and maybe they will help you, too. 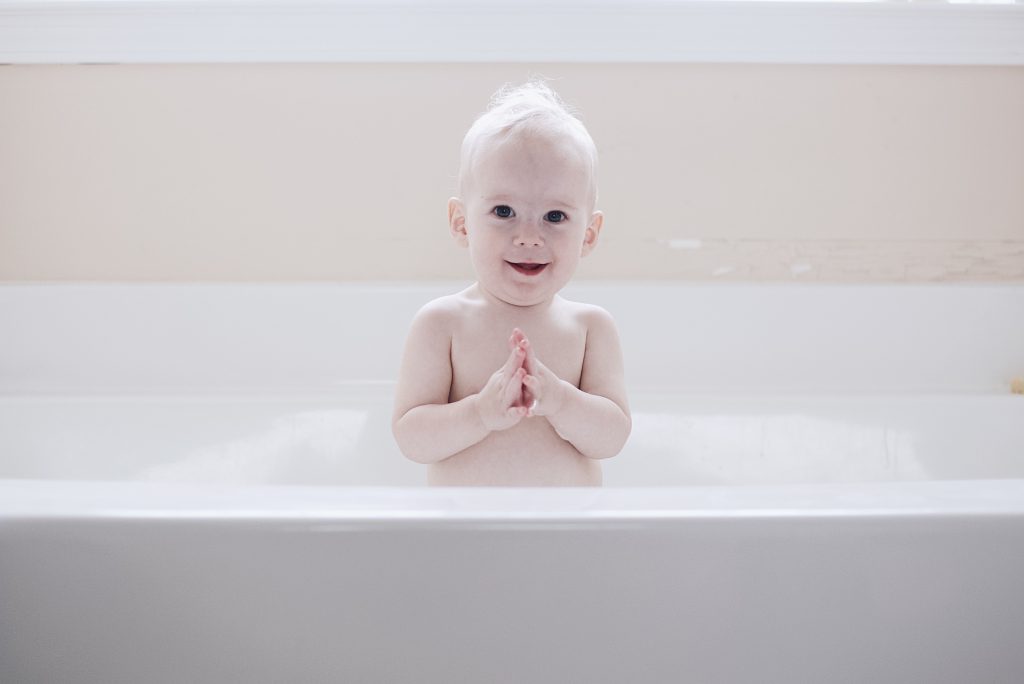 First, know that children don’t remember a lot of the small details and they reset rather quickly. They likely won’t ever remember that you occasionally lost your temper. I’ve noticed that I can be a dragon at nap time and when Charlie wakes up, she is as happy as can be and holds no grudges. They do not have an adult mind and don’t stew on emotions at the complexity and depth that we do. Obviously, you don’t want to be habitually psychologically damaging your children. Hopefully, that goes without saying. But. Yelling sometimes? Making a discipline mistake? Stop fretting.

Second, it helps to remind myself that there is a lot about their destinies that will have almost nothing to do with “nurture” and the small decisions I made day in and day out. Do you know any families where all the children were raised identically, but one graduated from Harvard and has an all-American nuclear family and is completely emotionally stable while their sibling is completely the opposite? At some point, they become who they become and we have to release a little bit of that control.

Lastly, I think it’s critical to remember a few facts. One, is that evidence shows that children thrive when their primary caregivers are happy. Yep, it’s that simple. Are you happy? Are you stable? If so, I promise it doesn’t matter how many goldfish they eat. Another fact is that kids are way more likely to remember good memories. The beautiful moments? They will retain those. 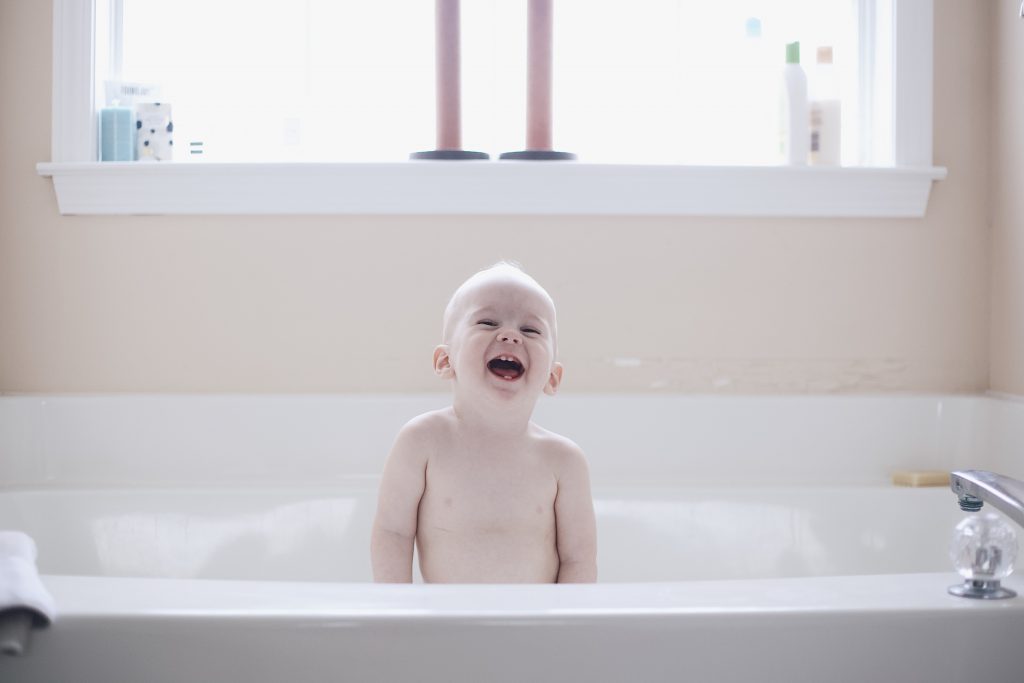 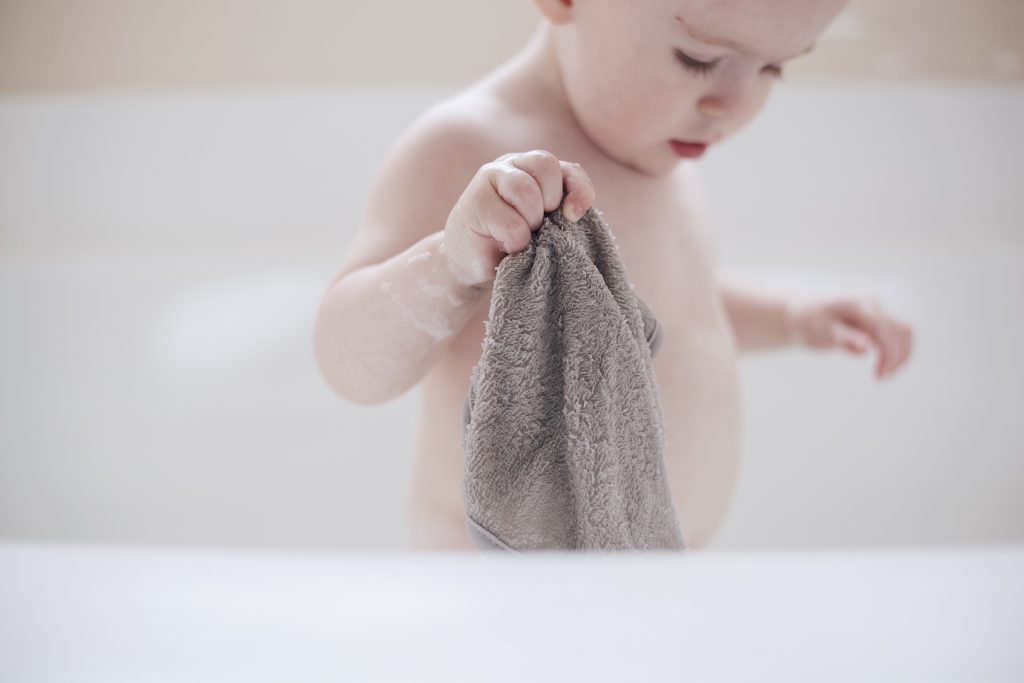 Have an unexpected dance party. Eat snacks for dinner. Let them play in the bath a little longer. Don’t focus so much on eliminating all the mistakes. Focus on adding the wins. 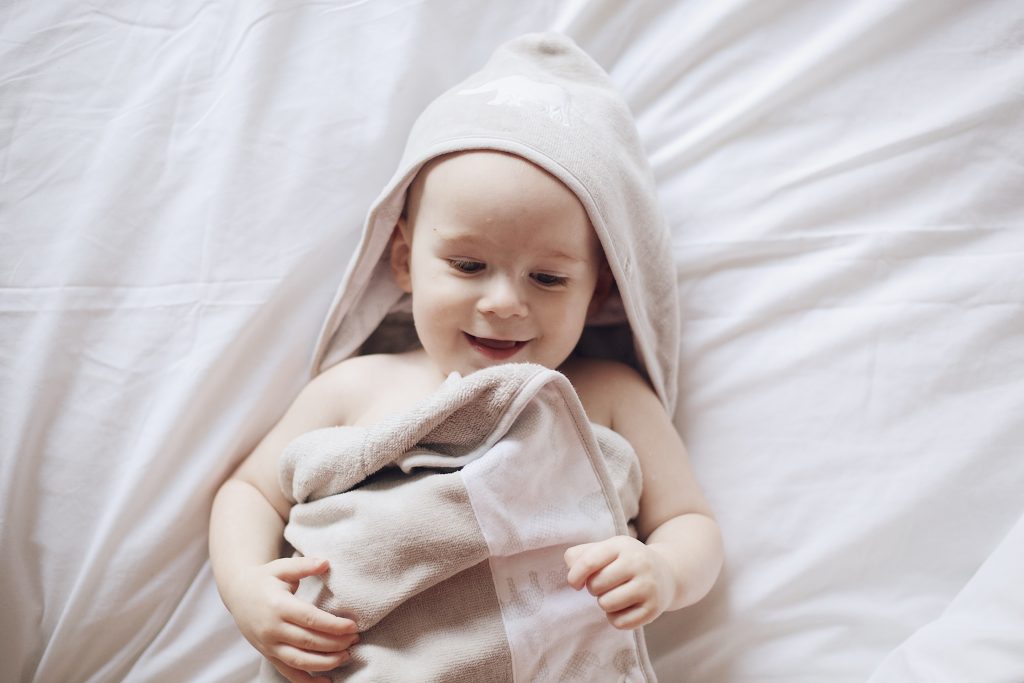 Just Born just refreshed and launched its high-end Keepsake Collection of nursery décor and bath items. It has a European vintage feel with delicate lace and embroidery details. The Keepsake Bath Collection featured in these photos keeps my kiddos cozy during and after bath time with plush hooded towels, robes and washcloths. You can grab them at buybuyBABY here. I can’t wait to show you the bedding, so stay tuned for that. 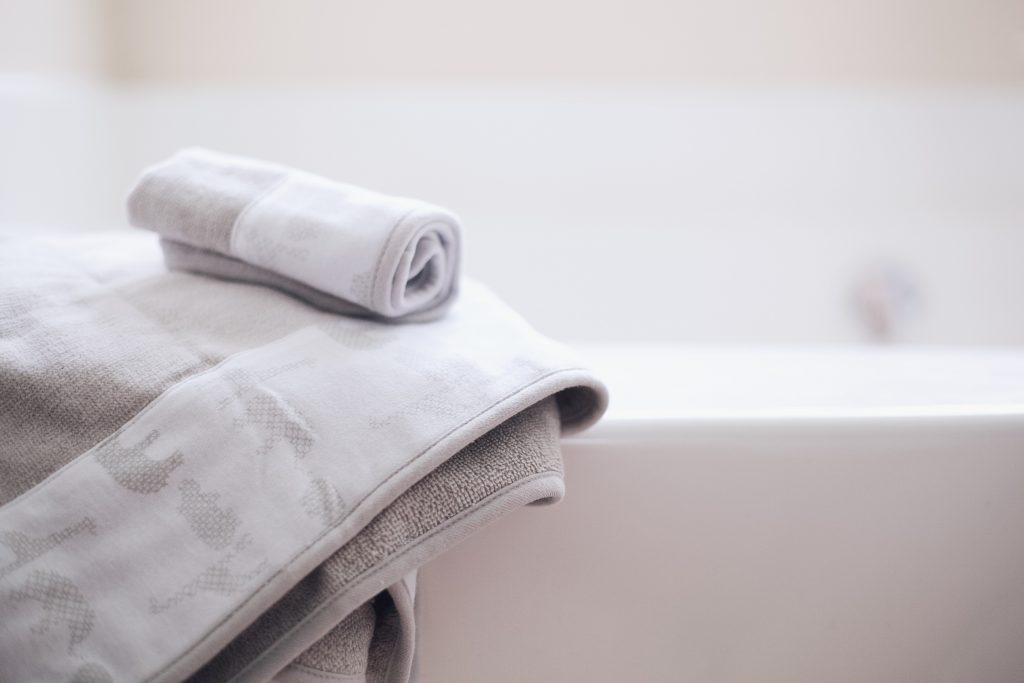 Listen. I know for sure that my parents were not perfect and probably had bad days in parenting, but I can’t tell you about times that my mom lost her temper or made big mistakes. I can, however, recall in detail- times she let us finger paint on a whim, or brought us warm vanilla milk in bed at 3am when we had a nightmare, or sewed me a dress from scratch.

Keep making beautiful moments. They are the ones that will take up the most space in their memories. The rest is kind of a shot in the dark. Do your best. That’s all any parent has done in all of history, and some really amazing humans have come from their parents- who- (GASP) weren’t perfect. Don’t overthink it. Don’t fuel the guilty thought spirals. Everything will be fine. And if it isn’t? It’s not your fault. 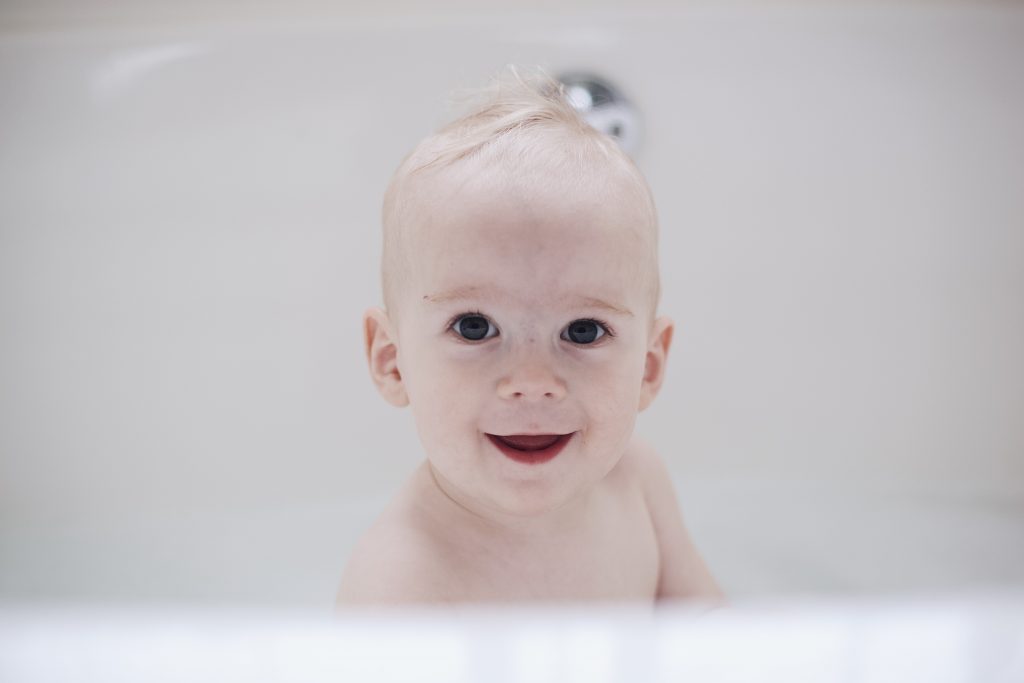 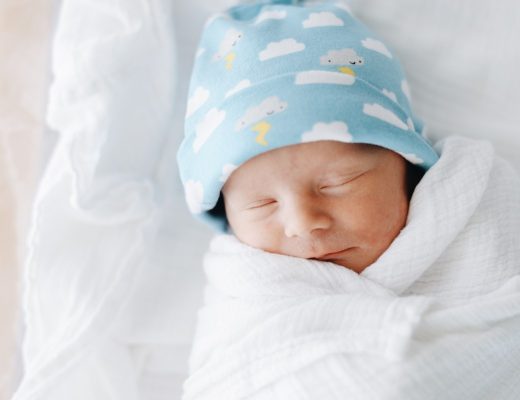 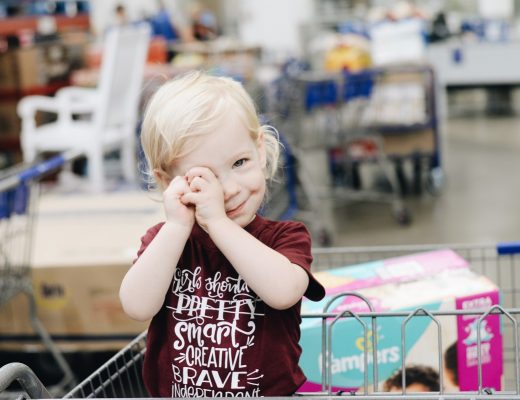 Buying Diapers in Bulk: A Cautionary Tale from a Scattered Mom 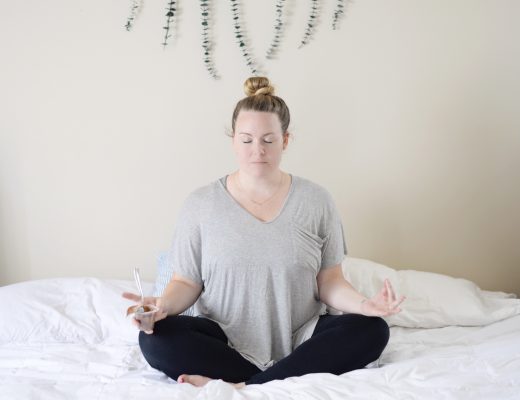