A Road Trip In The Pacific Northwest 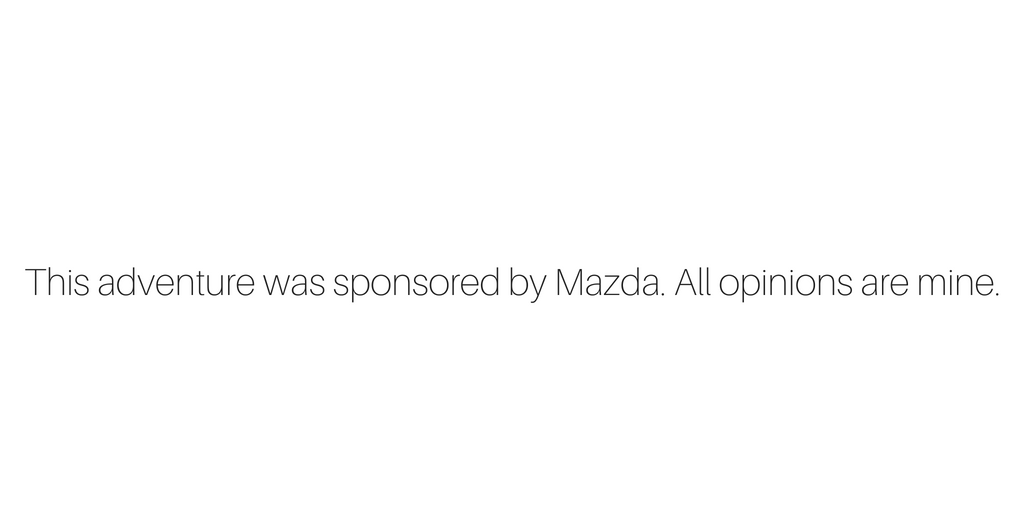 Can we talk about manifesting things into reality for a second? I have been talking to friends and my husband lately about really wanting to see the Pacific Northwest. Specifically, I really wanted to drive up the Oregon Coast, see Portland, and then road trip up to Seattle. I was very specific about this addition to the ‘ole bucket list. You can imagine my complete disbelief and elation when I was invited to work with Mazda on a campaign that would literally be a Pacific Northwest road trip in an MX5. I’ve driven another style of Mazda on a previous trip, but this was a completely different experience. 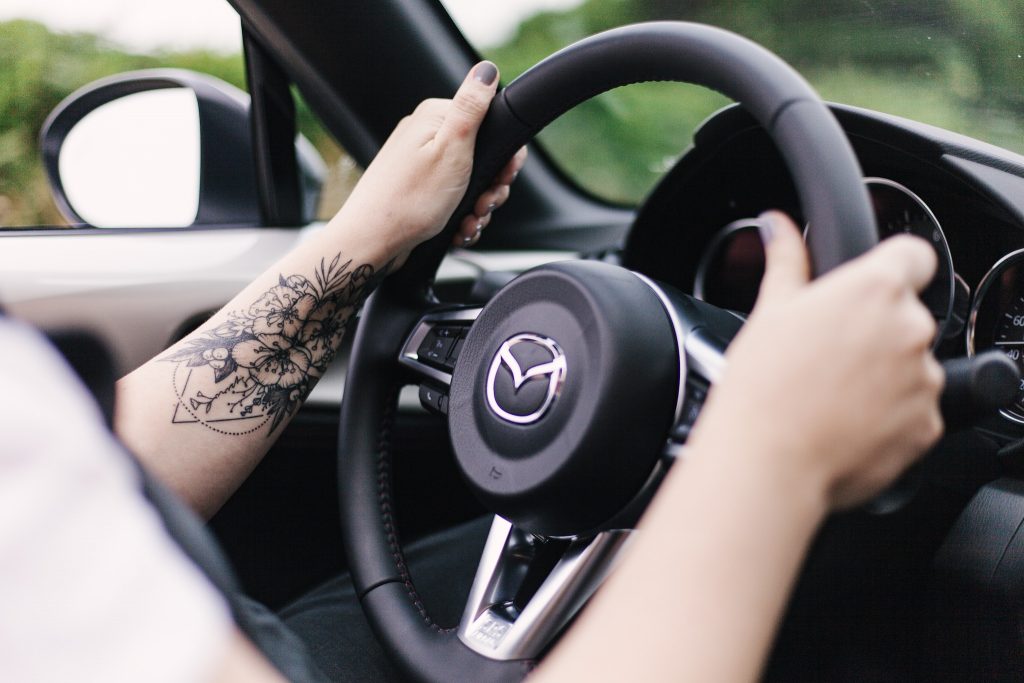 Not only would I be adventuring in the Pacific Northwest in the coolest car, but there was more good news. One of my best friends would be my car mate! Talk about speaking something into existence…

With our plans for the dream trip in place, Meg and I could barely wait to get started. Once we flew in to our starting point (Eugene, Oregon), we met with the Mazda crew, who were fantastic the entire time. They were beyond organized, informative, helpful and friendly. They got us all set up to go the next morning. Our convertibles were ready with water, sunscreen, paper maps, and a pre-programmed navigation system with several suggested scenic stops. The plan was to drive west to the coast and straight up. Our final destination of Day One would be Portland.

On the first day, we had a light grey, hard-top convertible. (I have to say, it was the sexiest car I have ever been in.) The drive from Eugene to the coast at Florence, OR was incredible. I don’t know how many times we said “Is this real life?” or “This is BEAUTIFUL.” Having the Miata convertible and the ability to ride with the top down was key in this adventure. We were able to feel the sun, smell the forest (and then the salty air of the coast), and fully experience the beauty of the Pacific Northwest with all five senses. It was unforgettable. It was almost as if we were a part of nature… (but with A.C., GPS, and good music…) 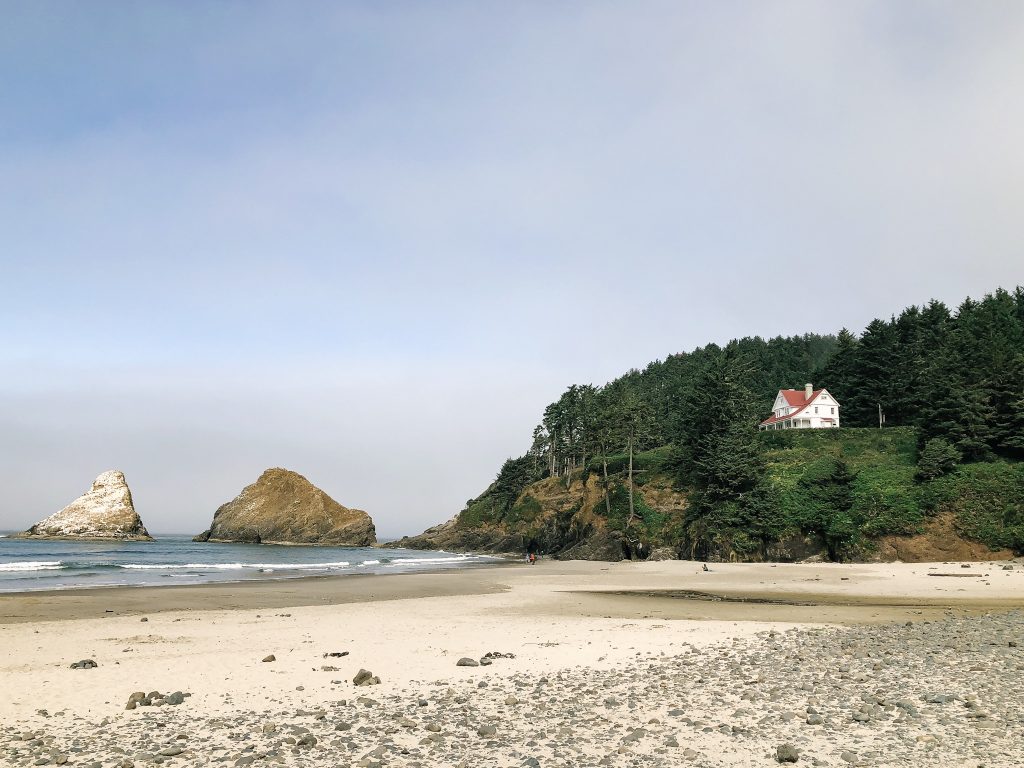 First, we explored Heceta Head and Beach. The coast of Oregon is breathtaking. The majestic Pacific Ocean meets the rocky beaches and stunning treeline with poetic beauty. There is just something about a landscape of mountains meeting the sea that is awe inspiring. 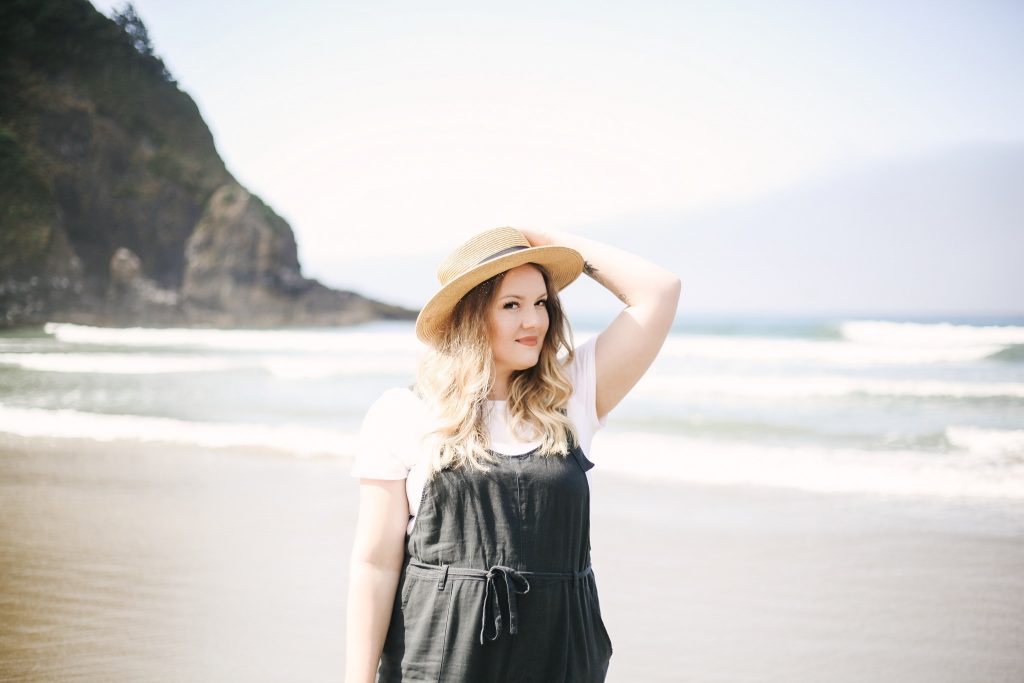 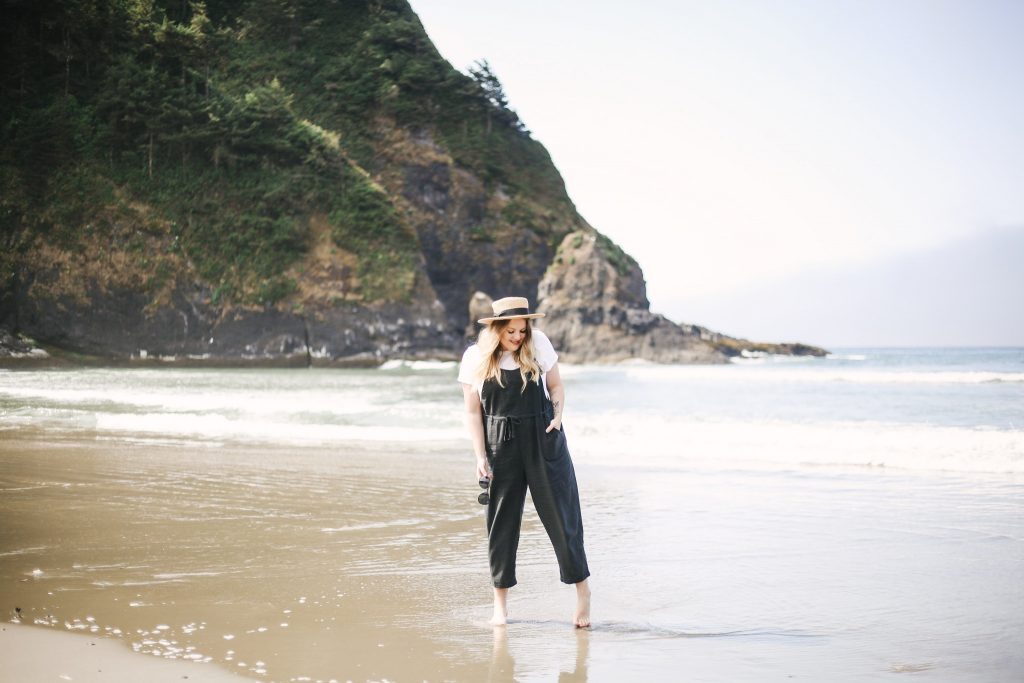 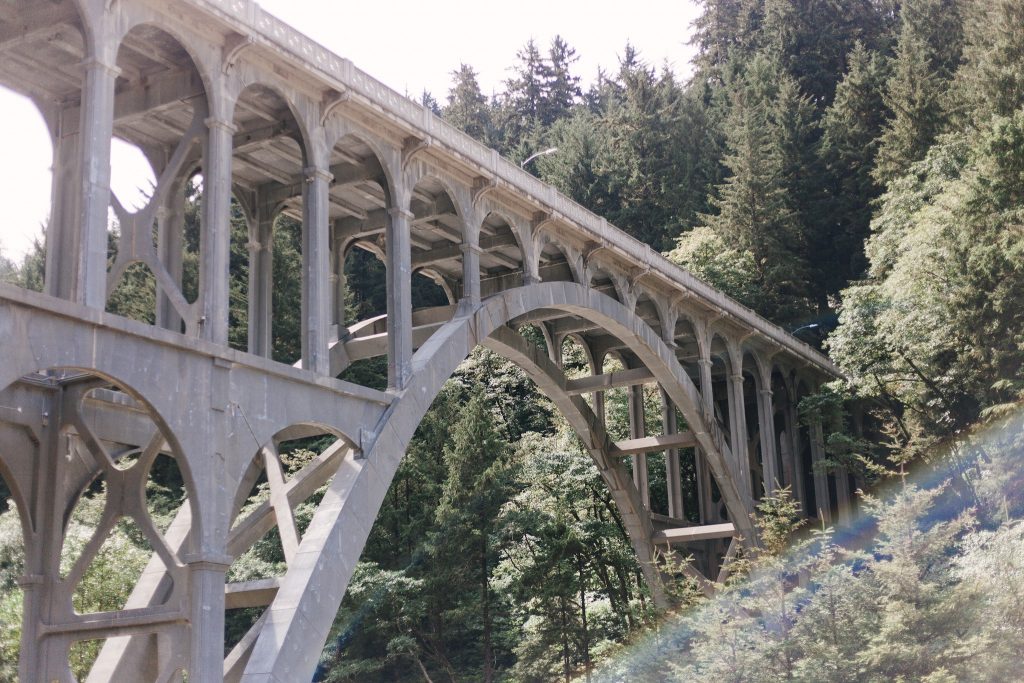 We continued traveling on Highway 1 and made our second stop just short of Cape Perpetua. Cape Perpetua is a rocky area created in part by volcanic rock that juts out into the ocean. There are pocket beaches, tide pools, and blowholes. The most fascinating landmark was Thor’s Well, a natural hole that appears to be draining the ocean over and over. It was a wild sight to see, while also a bit nerve wracking. 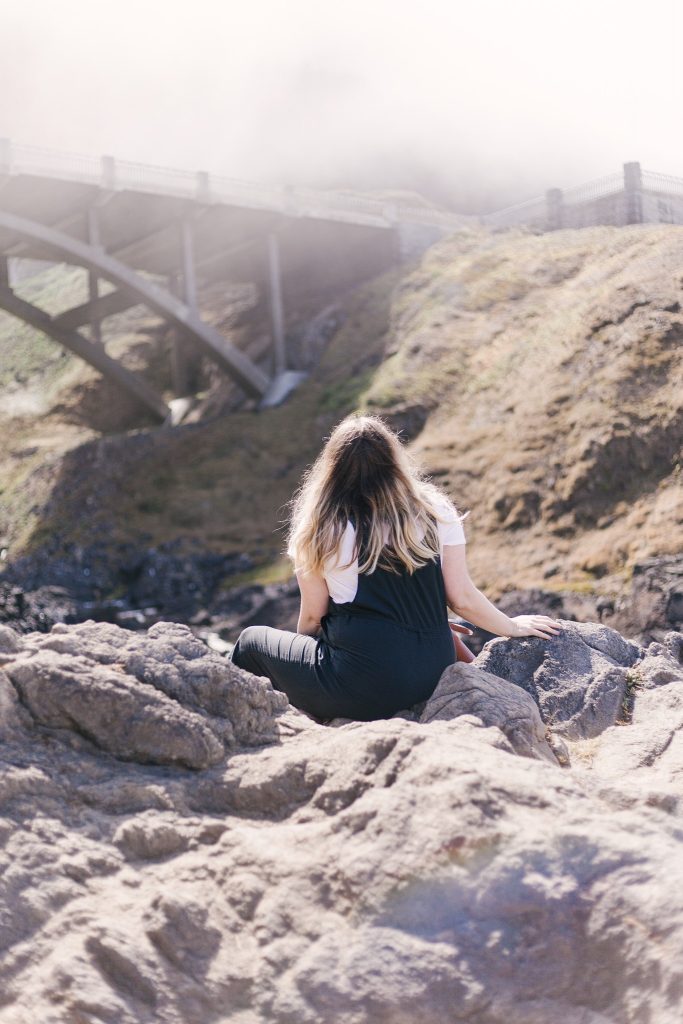 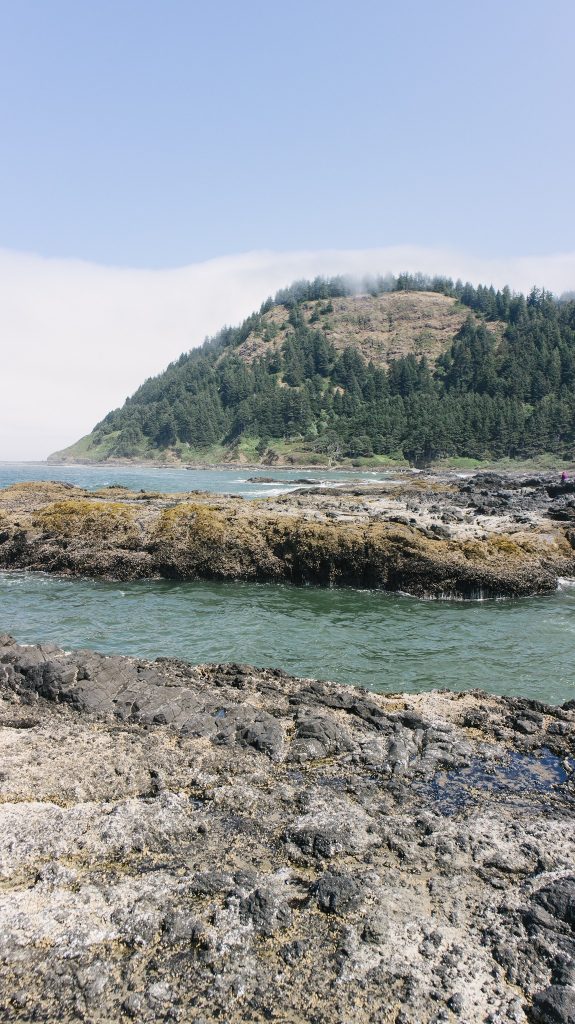 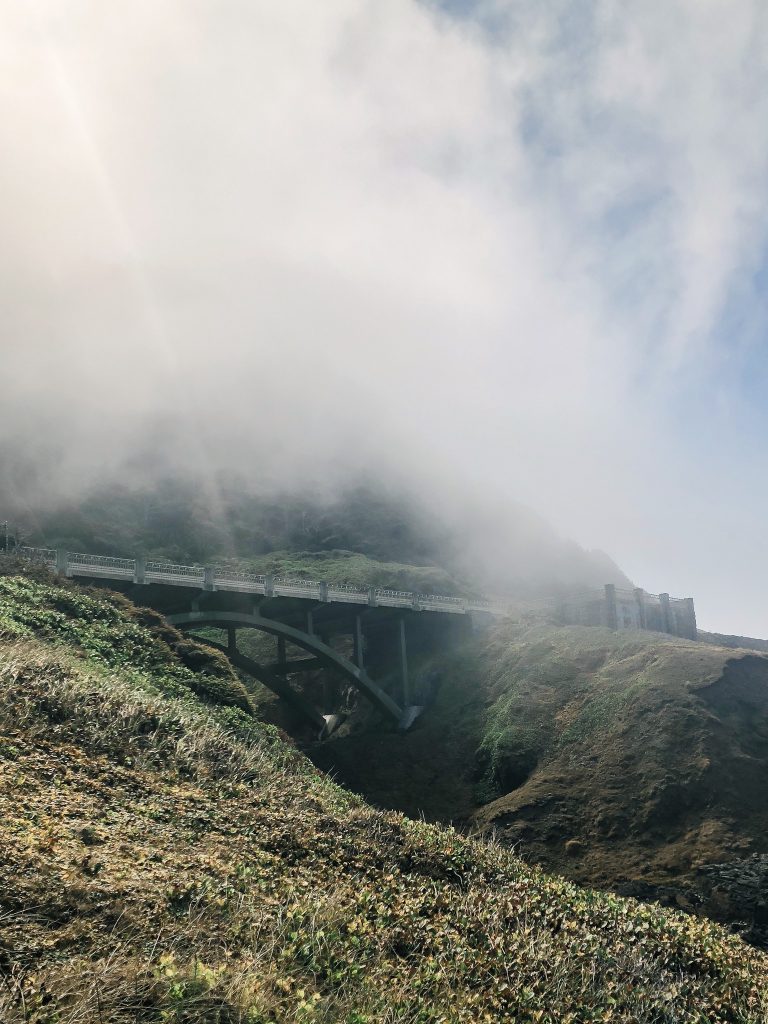 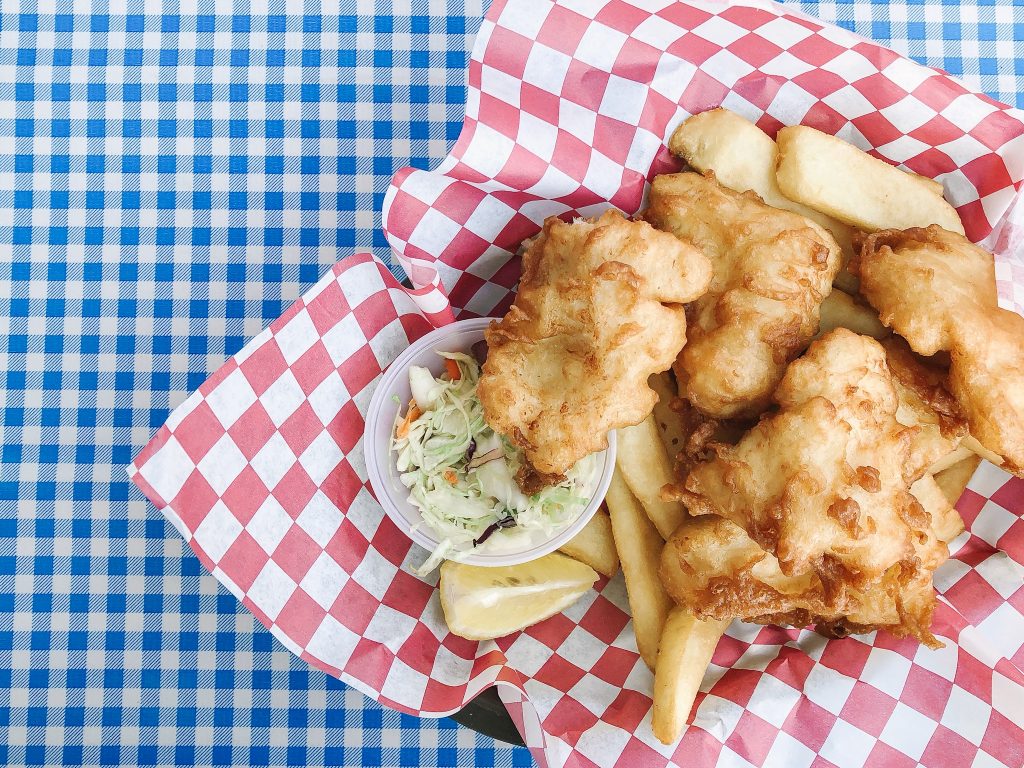 During the remainder of our coastal journey, we were able to squeeze in everything from fresh Halibut Fish & Chips at Luna’s Fish House to endless other views that would leave us speechless. After a couple more hours of “Miata Karaoke” with our favorite 90s playlists, Meg and I were exhausted and excited to hit the hay in Portland. We enjoyed another fab dinner with the Mazda crew and other creators before calling it a night in preparation for Day Two. 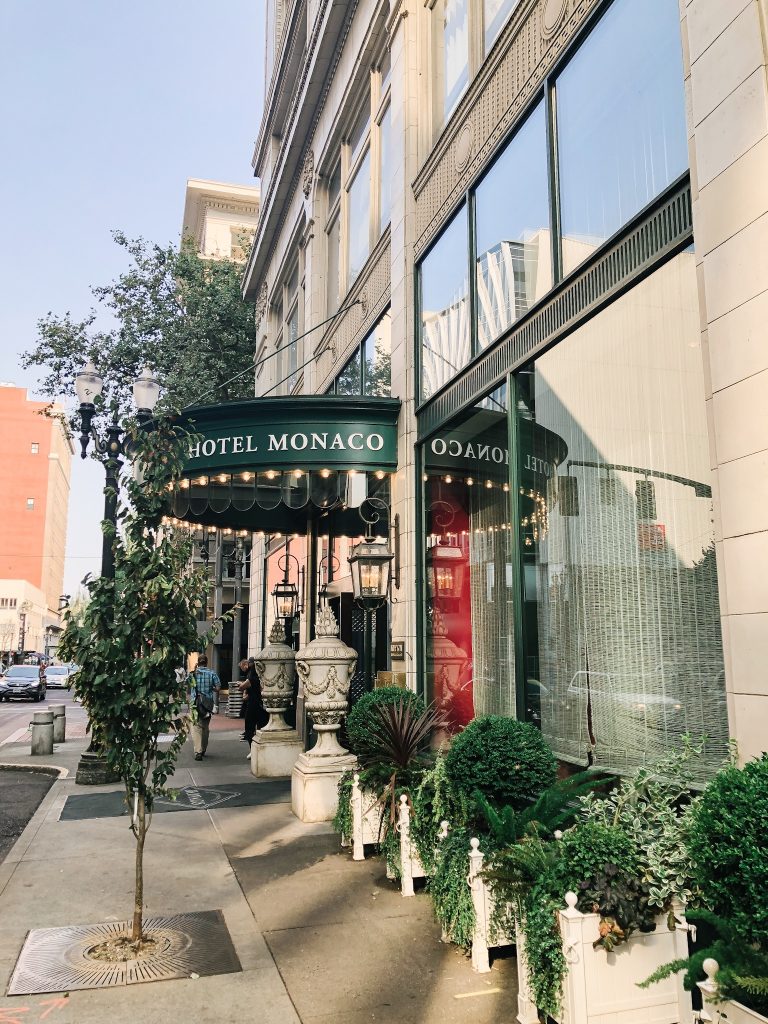 We started the second day in Portland and had a plan to trek straight up to Seattle, so that we would have some time to cruise the city in our sweet ride. This time, we had a red soft top. (I LOVE that they let us drive a slightly different car the second day.) I am not usually a huge fan of driving, but the Miata changed my mind. It’s so compact and easy to handle. I am used to a clunky Mom-mobile SUV, so it was quite a treat to zip around in something to easily manageable. Especially, when changing lanes or parking. I compared it to a rowing a racing kayak as compared to a fishing boat. Maneuvering the Miata couldn’t have been easier. 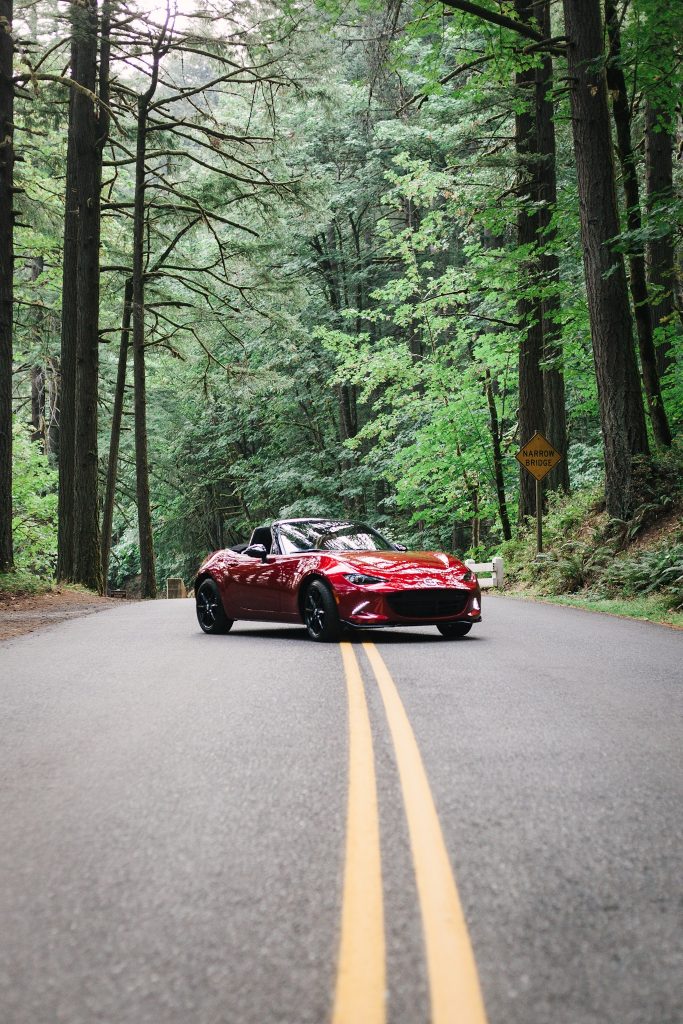 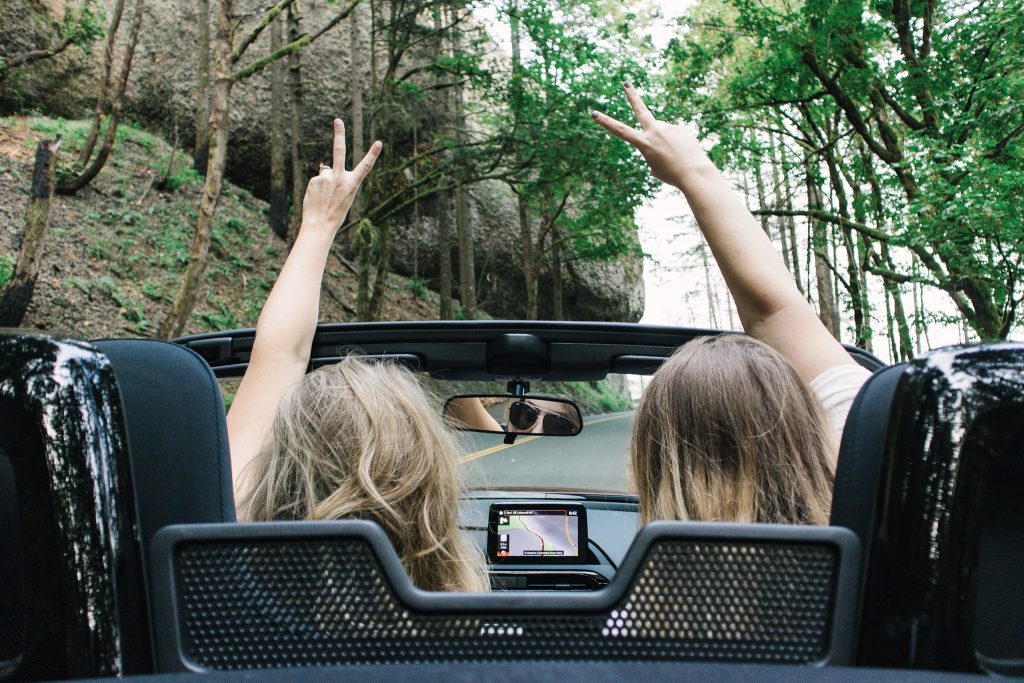 We left early and found that the drive from Portland to Seattle wasn’t too shabby, either. The mountain and lake views in the early morning light were something out of a painting. Again, being able to drive in the open air with the breeze in our hair and light on our faces was something very special. 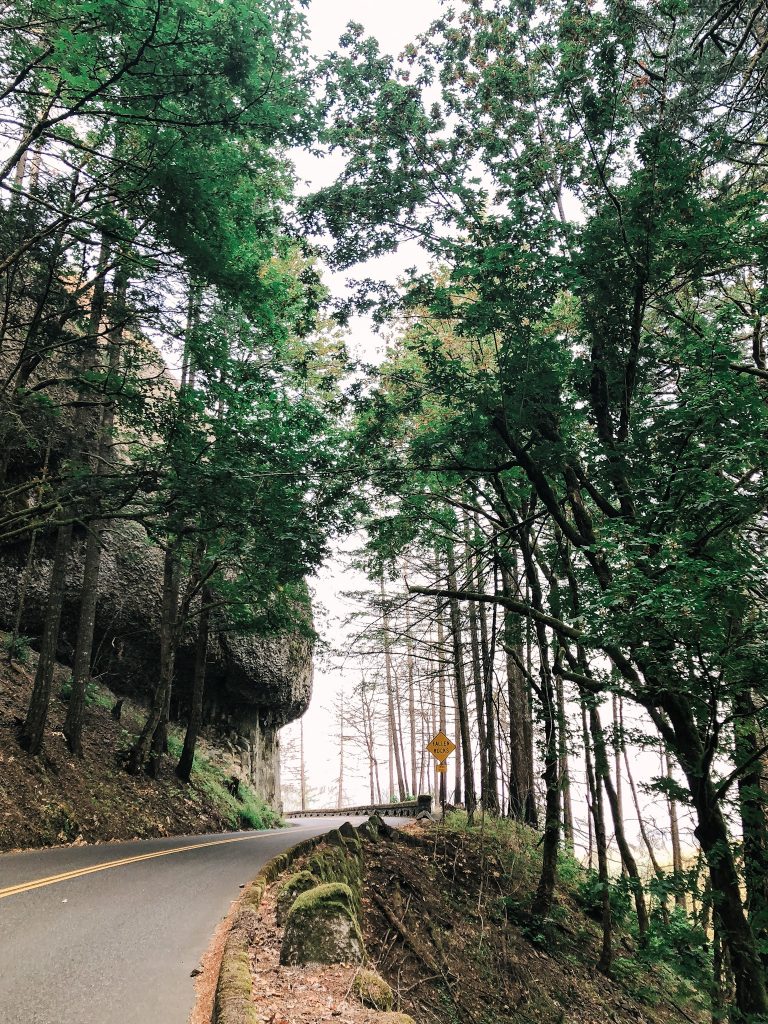 Meg had been to Seattle once before and knew the perfect place to go for an amazing view of the city: Kerry Park. She was not wrong. The park overlooks Seattle with a gorgeous view of the Space Needle and the rest of the Seattle skyline. It’s not a main tourist attraction, so it wasn’t miserably crowded, either. I loved stopping there and enjoying not only the views, but the surrounding neighborhoods. Seattle houses are simply adorable, you guys. 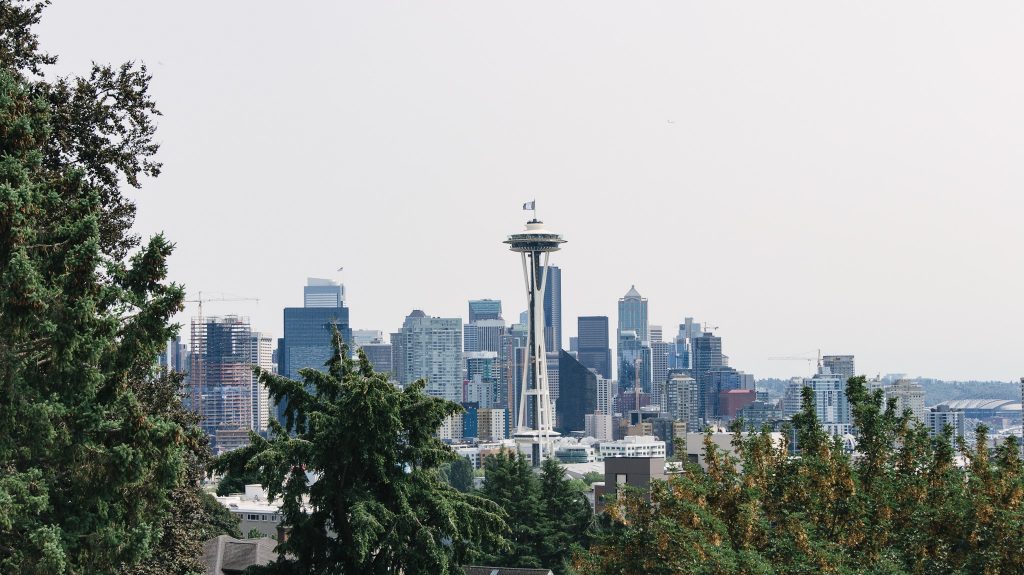 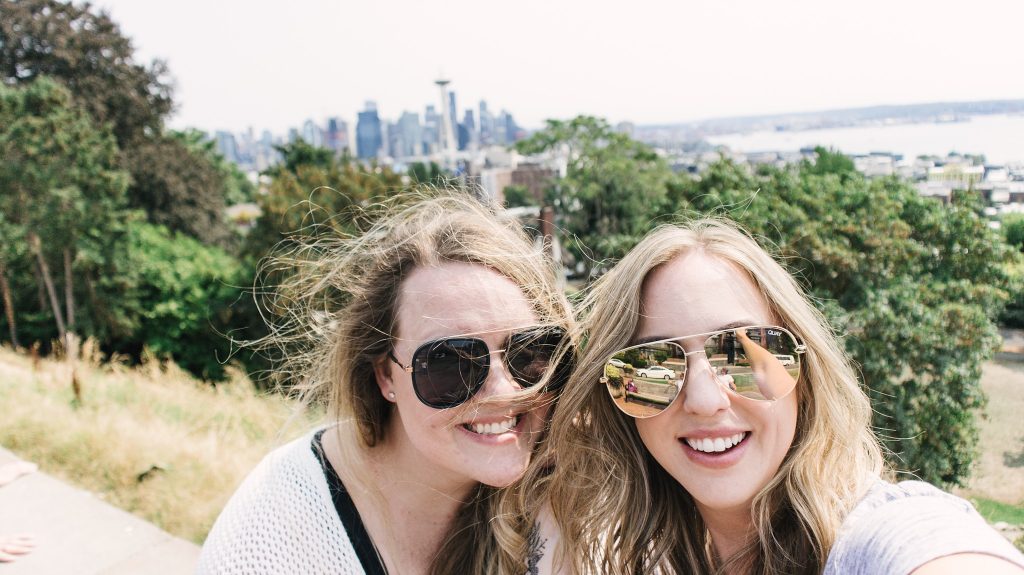 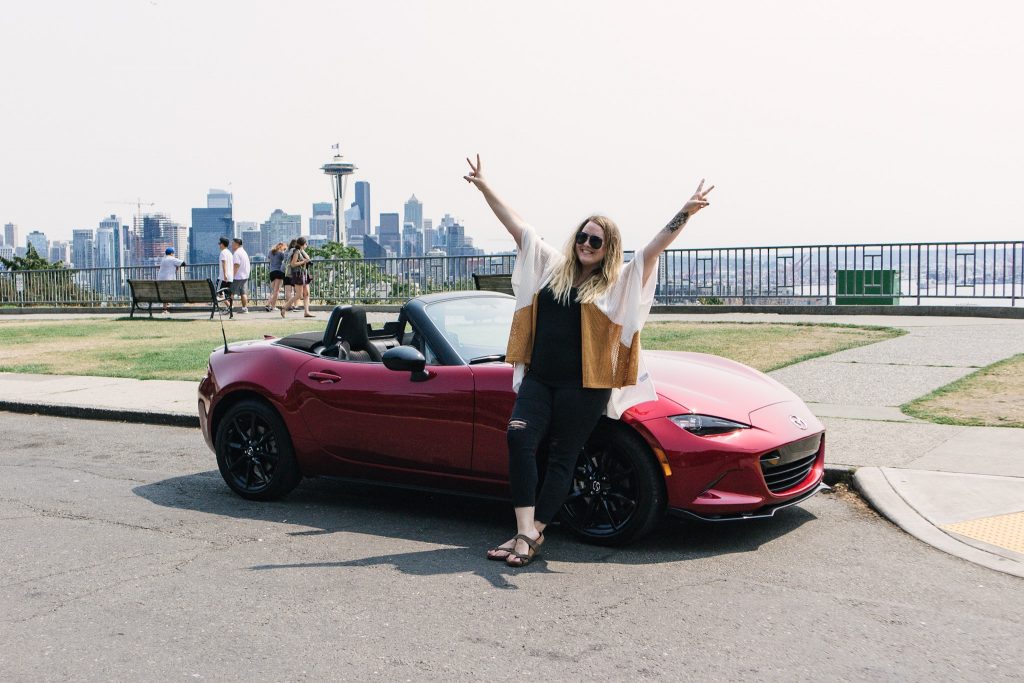 Last on our list was to visit the famous Pike’s Place Market. We saw them throw the fish at the fish market, we tasted cheese curds, macarons and smoked salmon, and we took an obligatory photo under the market sign. We lived our best Seattle tourist lives and I have no regrets. 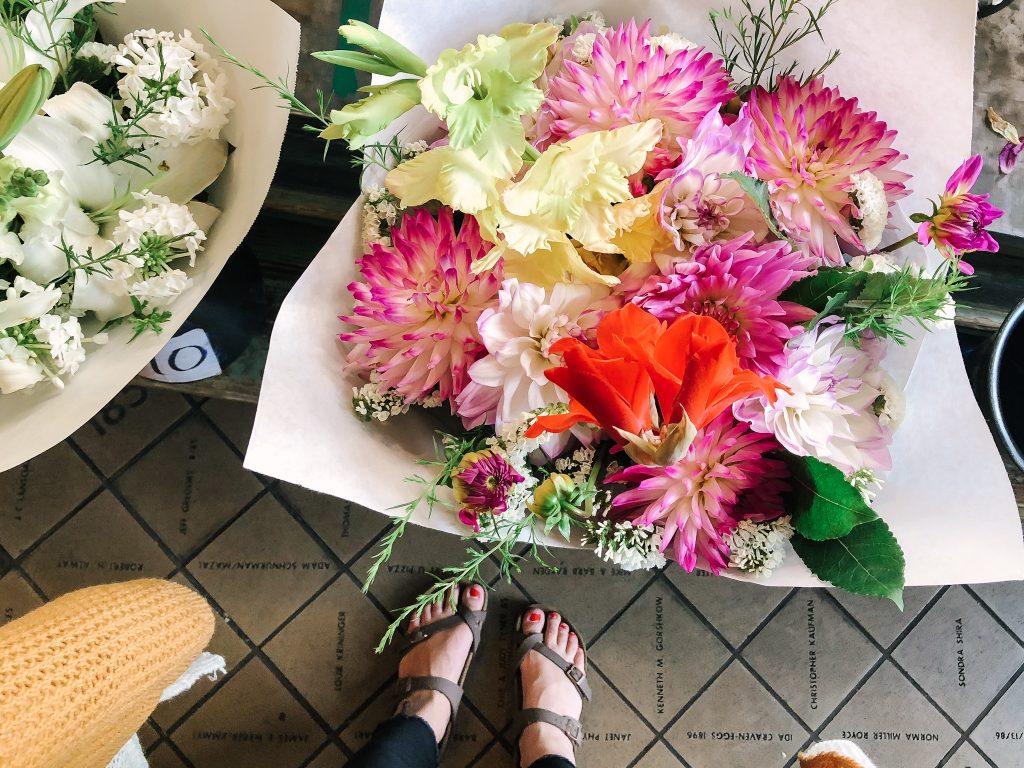 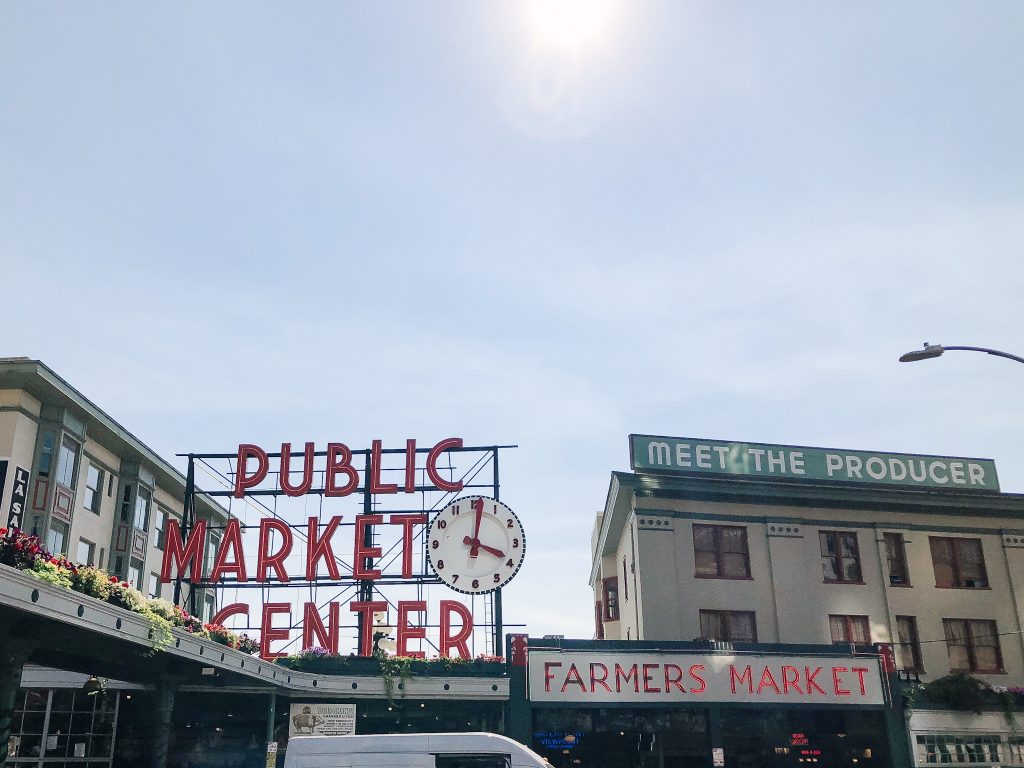 Overall, the Mazda MX5 Miata made this road trip sheer luxury. Thanks to the ease of handling, smart design, and beautiful aesthetic- we felt like actual rockstars. Everywhere we stopped the car at least one person came over to it and complimented us.

At the end of our trip- the night we arrived in Seattle, we joined the crew and many Miata owners for a casual dinner. It was so interesting to mingle and see first hand the passion that Miata enthusiasts embody. Many of them had owned multiple Miatas over the years and say they have never felt more connected to the road as they have in a Miata. As a wife of a “car guy” that impressed me, and I can totally understand their passion.

I can’t think of a vehicle in the world that could have optimized our adventure more than the Mazda Miata MX5. It was the catalyst to making two tired moms “feel alive”. 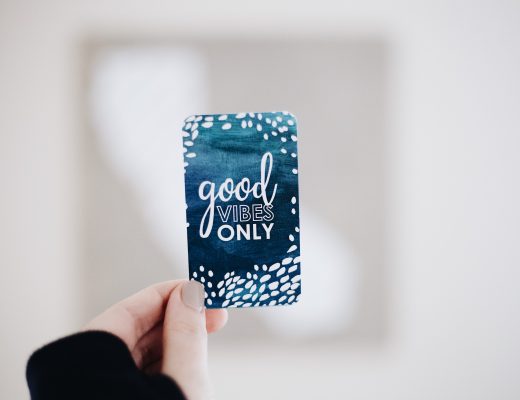 I’m Sorry For What I Said When It Was California 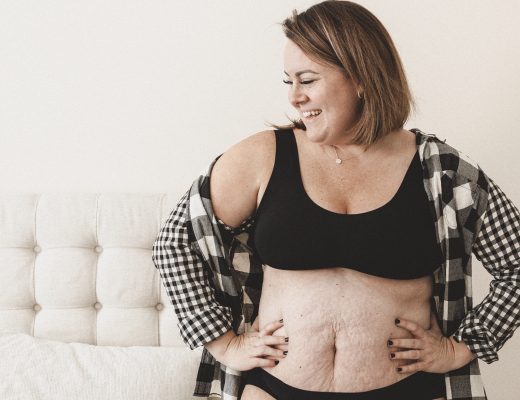 Why I advocate For Body neutrality Over body positivity

Couple things. 1. This is the longest winter of m